Up early for a run around Villa Borghese before the heat set in, quick brekky then Hugh needed to write yesterday’s Blog as we were too tired last night. Decided on a coffee overlooking the Piazza Del Popolo and Whack!!! $15 dollars later we had consumed 2 Cappuccinos and were still only a quarter through the Blog.

I made the call for Hugh to return to our room and finish the Blog whilst I walked to the Villa Borghese Museum to purchase tickets for tomorrow. An hour later, one wrong turn added an extra 25 minutes to my walk. Arrghh, Hugh was pacing the Piazza waiting for me whilst being absconded by 15 Pakistani salesman wanting to sell him hats, sunglasses, roses, trinkets, you name they had it.

Blog still not finished we returned to the room, finished the Blog and set about starting our day. But not before we addressed the issue of clothes washing. We were directed to a Laundromat around the corner from our Hotel who charged €20 for 4kg, not too bad we thought, until we returned with 8kg of washing (yes 5kg was mine, I got excited) and realised for the pleasure of having someone else do your washing and drying it was going to cost. After placating Hugh, we left our washing in the safe hands of Nonna and started our day. 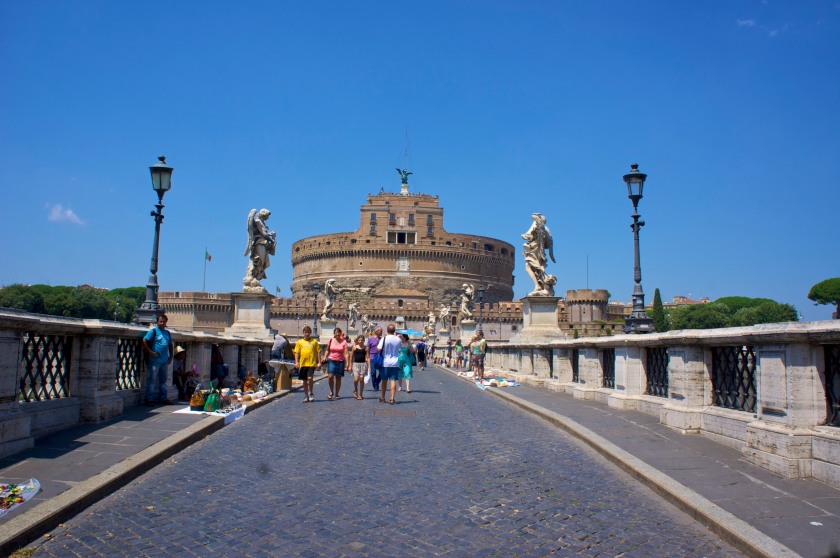 First stop was walking to the Castel Sant’ Angelo, a towering cylindrical building in Parco Adriano, Rome. It was initially commissioned by the Roman Emperor Hadrian as a mausoleum for himself and his family. The building was later used by the popes as a fortress and castle, and is now a museum. 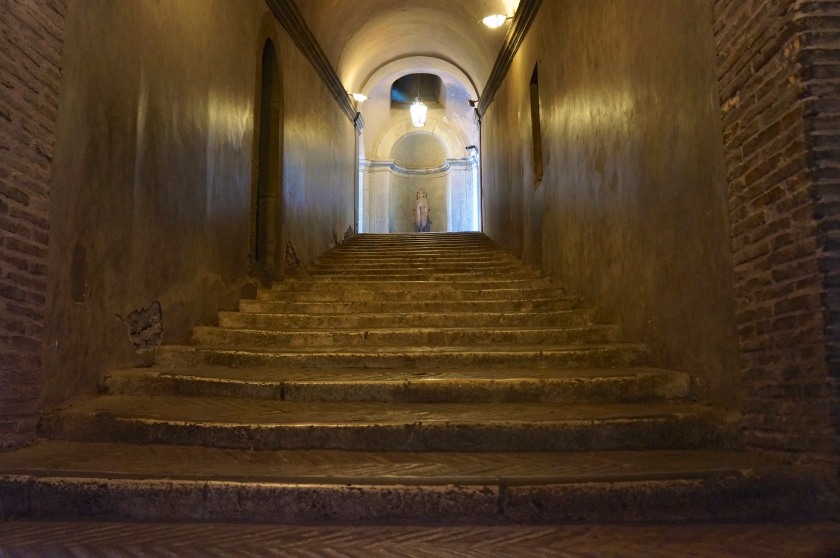 The Castel was once the tallest building in Rome. From the top we could see all of Rome and it made for some terrific photo opportunities. 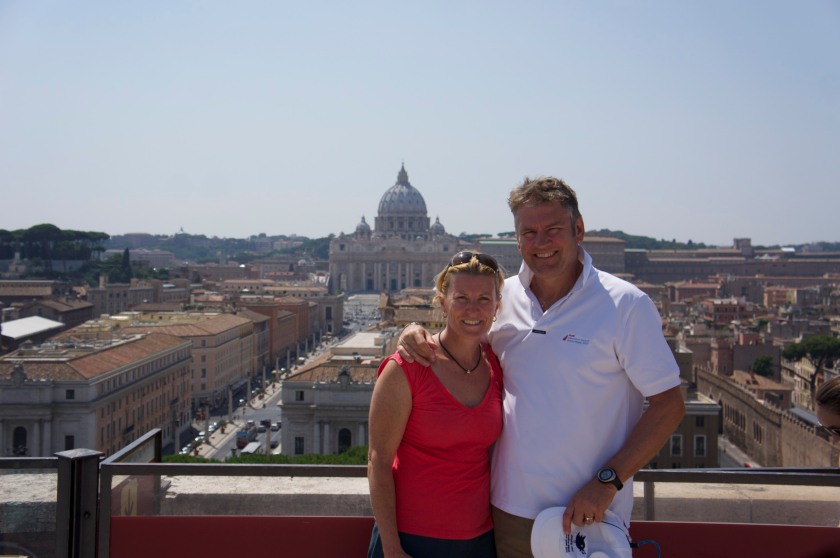 Hugh was also pleased when he discovered the road that lead to the entrance of the building was lined on each side by street vendors selling the same stuff he was offered earlier in the morning. I feared for these men!!

After the visit we headed towards the Jewish Ghetto of Rome to walk the streets and I have to say I did not see one scull cap or Jewish Candelabra, so not sure where we actually were, but it made for a nice walk. Pit stop for a Granita and to escape the soaring heat, then onwards towards home stopping at a Duoma on the Piazza Navona to light yet another candle, before taking in more of the streets and alleyways around Rome.

4 hours later we were back home to freshen up before a pre dinner drink, then out to the most inexpensive restaurant (the price you pay for washing your clothes in Rome) we could find. Didn’t have to go far, in fact across the road for €7 we could order a Margherita Pizza and Beer or wine……sold. The Pizza wasn’t too bad but the house wine was very ordinary, but obviously not too bad as Hugh managed to finish the half litre he ordered! 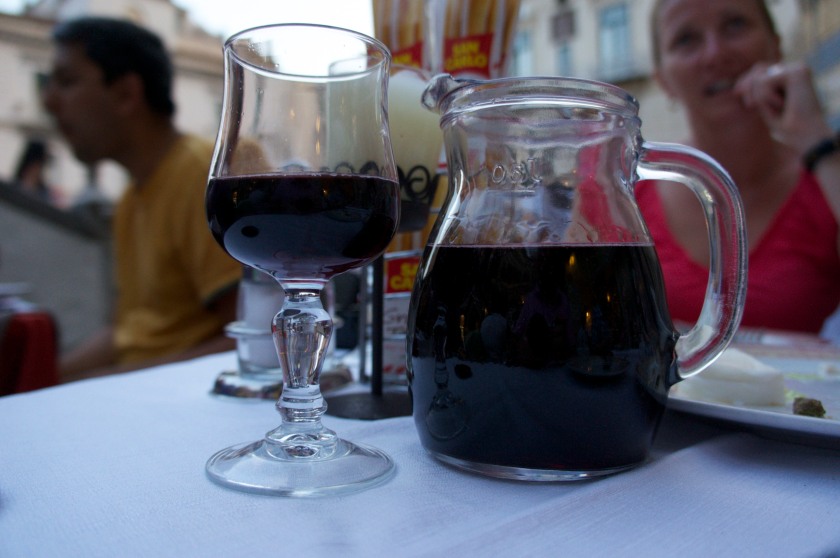 After dinner we took our usual walk to the Piazza for a Gelato and managed to avoid most of the street vendors, these guys never sleep, and found a seat on the stairs to take in the dulcet tones of one electric guitar with pre recorded back up music. He played the likes of Hotel California, Stairway to Heaven and another song we didn’t know, but we sang along and gave him €4 for his troubles.

Another fabulous day in Rome with a jam packed day already organised for tomorrow. Ciao xx