Our only full day in Beaune (bone), so plenty to do.
First port of call, the patisserie for brekky, then a coffee creme. We now know the French are hopeless at coffee, but the creme is as close as we will get to a decent cup, so…..when in France!
As with a lot of French towns, the old city is surrounded by walls, or fortresses, which were designed to keep out the maraudering Huns, or Gauls, or Romans….or neighbours.
Beyond the walls was a moat, for those said invaders who couldn’t swim!!
The old centre of Beaune is one of those towns, with some of the moat still flowing, and the rest made over to grassed areas, or car parking.
It is a most beautiful centre, with cathedrals, hospices, shops and lane ways, cafes, wine cellars, patisserie’s, etc, all crammed into a walled garden about 2.5k around.

After brekky we headed of into the countryside, loaded the GPS for non toll roads, and set sail for the old village, Chateauneuf en-Auxois. 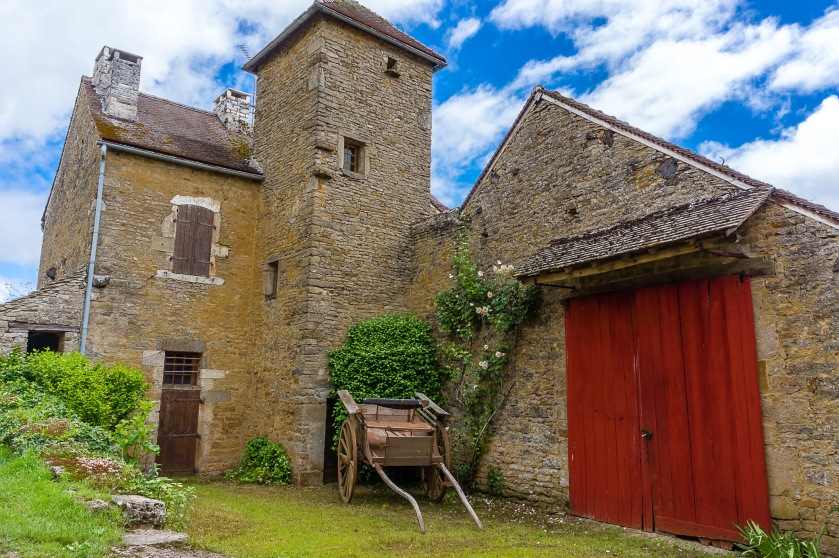 Our travels there took us thru quaint villages on smaller and smaller roads till we climbed the hill to this most enchanting village, classed as one of the loveliest villages in France, with an impressive, medieval castle.
One of the previous owners of the castle took a fancy to someone other than her husband, knocked him off, and got burnt at the stake for her troubles!
That was back in the 1400’s mind you! 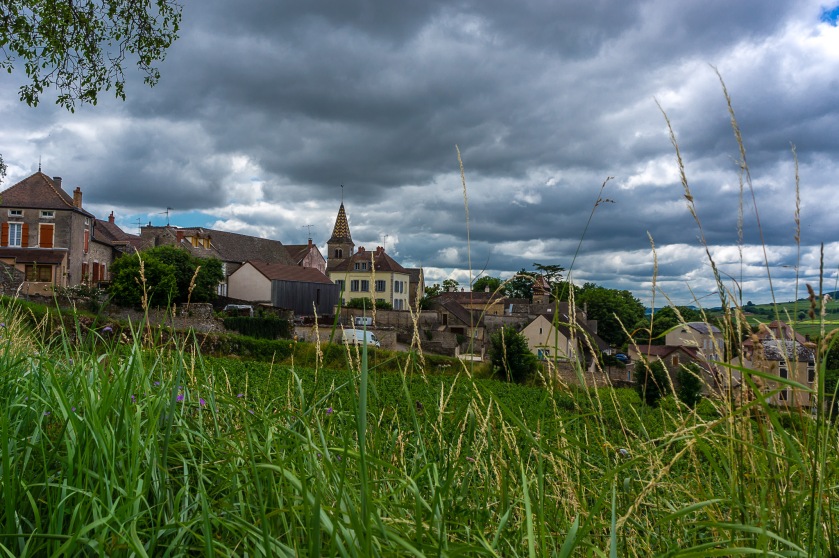 After a wander around we headed down to the town of Meursault, with is a premium white burgundy region.

This is where Rachael’s command of the French language took off.
I asked the lady at one of the cellars doors how you pronounced said towns name, she demonstrated, and Rachael was away, guttural “r’s”, swallowed vowels…..the whole Inspector Clouseau impersonation!
To make matters worse, later on she was complimented on her pronunciations, and was declared a French speaker.
She’s now bunging on the accent when speaking English!!!

Anyway, we move on.
Beaune is a beautiful place, but to be fair we thought we’d head out to the burbs in search of a recommended cellar of cheap plonk, according to the Lonely Planet.
Well….we ended up in the Bronx of Beaune, in a shopping centre similar to the NQR of NQR stores. A girl was been frog marched out the door by the cops, handcuffed no less, which didn’t paint a great picture, and it went down hill from there.
The so called cellars was the bargain basement of plonk, tres very ordinaries!
All was not lost though, as we needed plastic glasses for our dinner and can across some charming Eiffel Tower ones, 4 to a pack… €1.50. Winners!!
Quickly out of the Bronx…..and.

Another visit to a cellar in Beaune, more tastings, more compliments…..then to the charcuterie for some dinner, then off for the highlight of the day/week…a hot air balloon ride over Burgundy.

In total we had 8 of us in the balloon which was a nice number, 4 each side. The set up of the balloon was amazing to watch in itself and took about 30 minutes before we were all hustled on board, and in no time were up in the air watching the people below become smaller and smaller.

It felt like you were drifting seamlessly away from the ground, up into the air and the only time you knew you were in the balloon was the intermittent shot of propane from the gas cylinders which jolted you back to the fact you were only floating in the air. A bizarre concept to get your head around, but fascinating to watch the pilot use the thermal air and gas to move us around the Burgundy district. 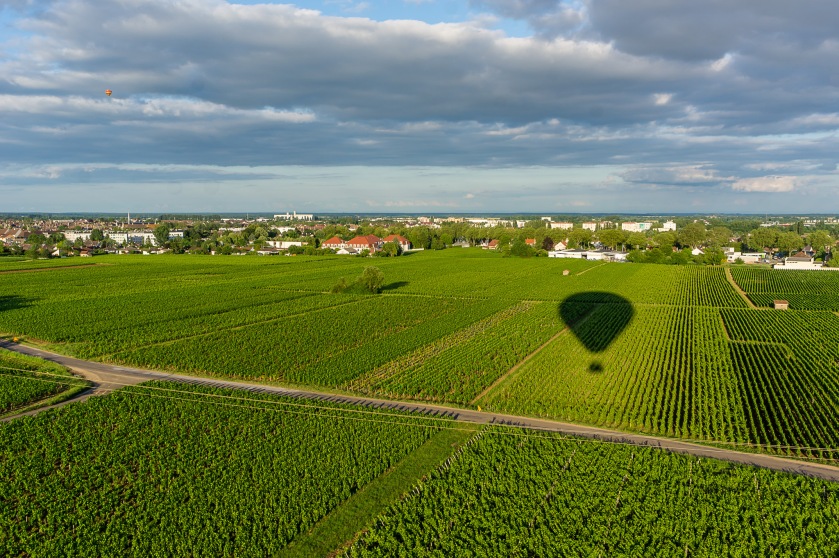 The view from above was truly breathtaking and you could hear a pin drop, it was that quiet and still in the air. We had a beautiful sunny evening and our photos and video of the whole experience have captured the experience beautifully.

Whilst we debated about the cost of doing the balloon ride, I’m pleased we did as it was an experience we will never forget and to see the rows and rows of vines amongst the many villages was something to behold. The landing was perfect, in the middle of a road, in the middle of nowhere, and our support crew was there within 5 minutes to collect us. Once packed up we headed to a Chateau to toast the success of the ride with a glass, or two, of Champagne before heading back to our Hotel.

Our last job before bed was to head into the old city of Beaune and capture some night shots of this beautiful town.

This has been a wonderful 2 days experiencing the best wine region of France and tomorrow we head to Lyon which thankfully is only 130kms away.