Today we set off from Reims and headed south to Beaune in our hire car, which would take 4 hours as we set the GPS to avoid tolls. Unfortunately so did every truck driver who happened to be in our way on route to Beaune. So, a 4 hour anticipated travel time had now increased to 4.5 hours.
Before heading off we visited FNAC, which is the JB Hi Fi of France, to buy an iPOD connection for the car. Unfortunately in France, they do not start their day until 10am so no luck there, looks like France radio for us!!
First things first, we entered the hotel we were staying in into the GPS which came back as ‘not found’, great start to the day. Decided to enter Beaune and we were on our way. Whilst Hugh was much more comfortable behind the wheel, he still has a fascination with the right hand curb, so my nerves were still on edge.
Once out of the city of Reims it was smooth sailing on the Country roads of France. With both of us now settled in for the long drive it was time to turn the radio on. We had a choice of 6 stations and surprisingly most of them played English speaking music very similar to our music back home. The reason for the title of this Blog, was the fact they kept playing ‘Get Lucky’ by Daft Punk, which is a French band, on the hour, every hour on 2 out of the 6 radio stations. Now I like this song, but having heard it 4 times within 4 hours it was time to change to Gold FM. This station were happy to play ‘The Police’ every hour which suited us just fine. We managed to get through the trip knowing most songs with some French speaking comedy from the DJ’s in between.
For lunch today we actually bought an apple to go with our baguette, quite a novelty on this holiday. Whilst we have been eating fruit, it has also been ensconced in delicious pastry, so to eat it as a raw ingredient was actually a nice change. 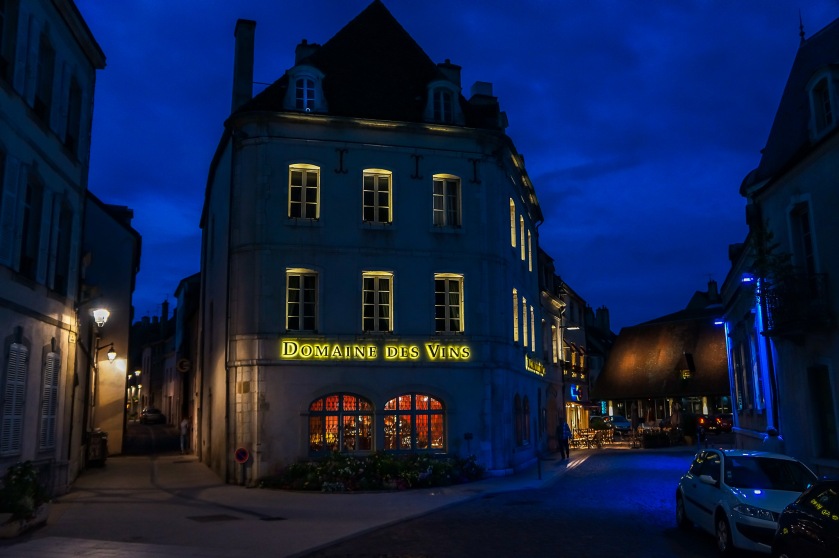 Upon our arrival into Beaune we checked in, great place once again thanks to Hughy’s research, and headed to the Tourist Bureau. Hugh was keen to find a book on Burgundy wines so we were directed to a bookstore around the corner. As we started to leave a gentleman asked if Hugh was in fact Hugh Maclean. To his great surprise it ended up being a bloke Hugh used to visit as part of his job at Southcorp that owned Blackburn Cellars.
You travel half way around the world, and run into an old friend in a bookshop, in the middle of France. 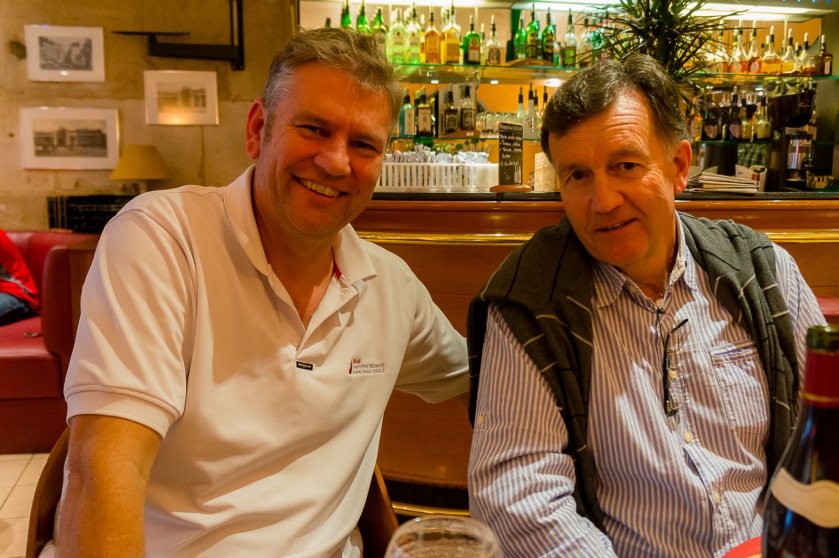 We had dinner with Rob and his wife, Tina, swapped travel tips, and called it a night.
Great day traveling through some fascinating country side.
Another big day tomorrow.
“I’m up all night to get lucky…”, Daft Punk, ‘get lucky’
Mmmmm!