First things first. We solved the riddle of the pronunciation of Reims, which you would think was something like “Rems”, with a guttural “R”. But you would be wrong my friends. It is pronounced something like “Runce”, with the “R” swallowed! Go figure! 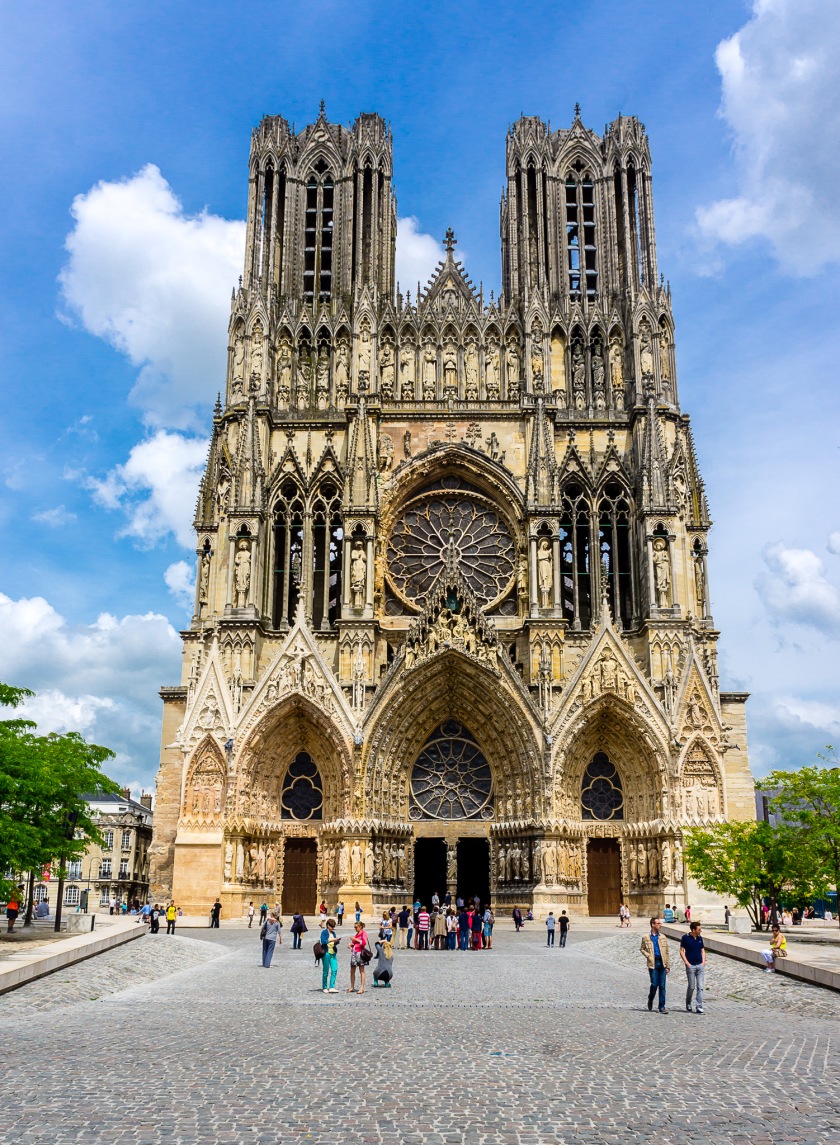 Twin beds, a great sleep in! Late start to the day. First call the patisserie for brekky, then off to book a champagne house tour or two. All good so far…..then we got our hire car!!! Wrong side of the road, have to look right to see the rear vision mirror, gear stick on the wrong side, crazy roads, one nervous passenger….NO GPS! Only had to travel 3km to Champagne Taittinger……40 mins, a gazillion wrong turns, and 21k’s later, and no frickin idea where we were but we ended up back at the car hire place, BY MISTAKE! Bloody hell, one wrong turn lead us up, and down, the garden path. To make matters worse, I seemed to have developed a crush with the roadside curb, hugging it like a new girlfriend. Freaking Rachael out. Threw map out, had lunch, went back to the hotel to get our GPS, and guess what? We got to our destination in 10 mins. Rachael, looked like she was about to have a stroke, so took a re-group over a bottle of water. 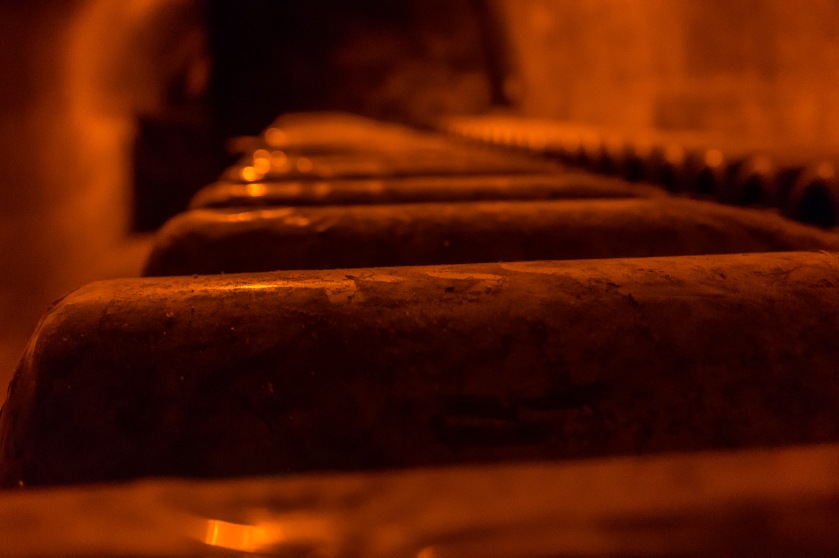 Our first tour was at G.H.Martel  for a look through the underground chalk caves, a bit of history and a tasting. Not bad.

Next was Champagne Taittinger, which was a lot more upmarket, the underground caves spectacular, and the champers non too shabby.

It wasn’t all champers and skittles though…..we also dropped in on the Saint-Remi Basilica, so Rachael could light another candle. The Basilica was built in the 11th century in order to house the holy ampulla and the relics of Saint Remi, the bishop who baptised Clovis in 498. Clovis being a Frankish king who changed teams to Christianity, a bit like swapping footy teams in your 20’s, only bigger!!! Now this was a big deal back then, so they could’nt scrimp on the building, and they didn’t, it’s another huge cathedral. Unfortunately, unlike the Cathedral Notre-Dame in Reims, it is most certainly the poor relation.

The black sheep of the Catholic Church, if you will. You enter via a small side door, as the front of the church is rather drab, with weed ridden paths, and housing commission type buildings across the road to set off the vista. Inside is mammoth, but quite dark and ominous. Nice stain glass, and a tremendous candelabra hanging over centre stage. But it’s all a little depressing, the building was extensively damaged during WW2, and no one seems too keen to bring it back to life.

Oh, well….maybe a champers will brighten up the day….or maybe a meander along one of the Champagne tourist drives. Sounds great, doesn’t it, and it would have been but for the road works, and the diversions in place. Want to bugger up a GPS…..don’t go where it wants you to go. Every time we tried to get around the diversions the GPS had us doing u-turns, hook turns, 360’s in round-a-abouts, completed lost its marbles. So, as we had no idea how to get around the road blocks ourselves, we gave up, set coordinates for home….and went to the pub for dinner!

Now the night gets great! Every night during summer the city of Reims lays on an unique Cathedral lighting display at Notre Dame. As the brochure says, ‘an exceptional presentation’, and they are not exaggerating

It started at 11pm, and with a bottle of bubbles for company, we sat down to watch the most amazing light show against the facade of the cathedral.

It was unbelievable, and easily the best thing so far on this trip. What a great way to finish our long day in Reims.