It’s another beautiful day in Paris, perfect to finally visit one of Frances most revered sites, Temple of the Nation, the Pantheon.

Once a Christian basilica, Napoleon 1 decided to honour the great servants of the state in the crypt, while the nave was reserved for worship.

Victor Hugo was the first interned upon his death in 1885, the huge basilica seeming to be the only place worthy of holding his remains.

Honours were thus granted according to criteria that has evolved with changes in the regimes.

Nowadays, French men and women are honoured here depending on the desires of the President of the French Republic: politicians, authors, scientists, Resistance fighters, etc. With many having been moved here from their original place of burial.

Its quite humbling to be walking amongst some of the most important members of France’s history; Voltaire, Victor Hugo, Marie Curie, Alexandre Dumas, Louis Braille, and Emile Zola amongst the many.

Even the heart of Leon Cambetta gets a special mention! 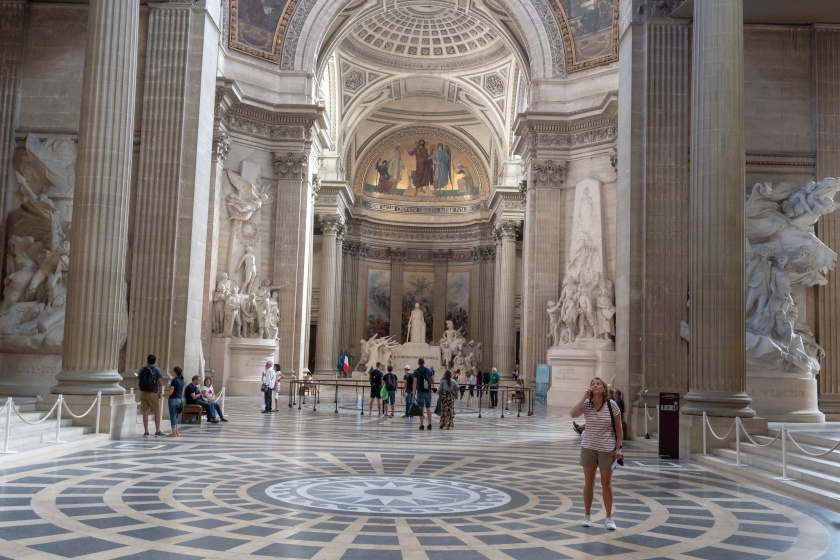 A local street artist, Christian Guemy, who goes by the alias C215, has commemorated some of those laid to rest here with a series of stencil impressions around the streets of the Pantheon… 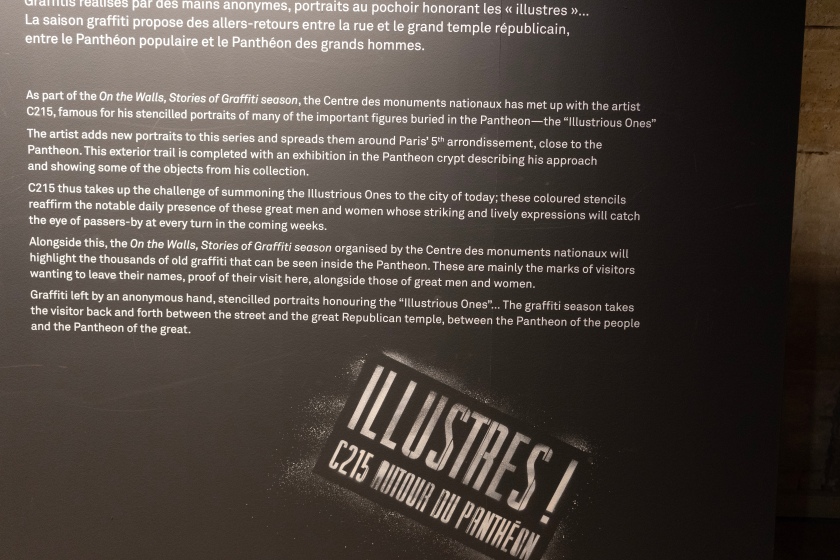 …so map in hand we set out to find as many as time permits. 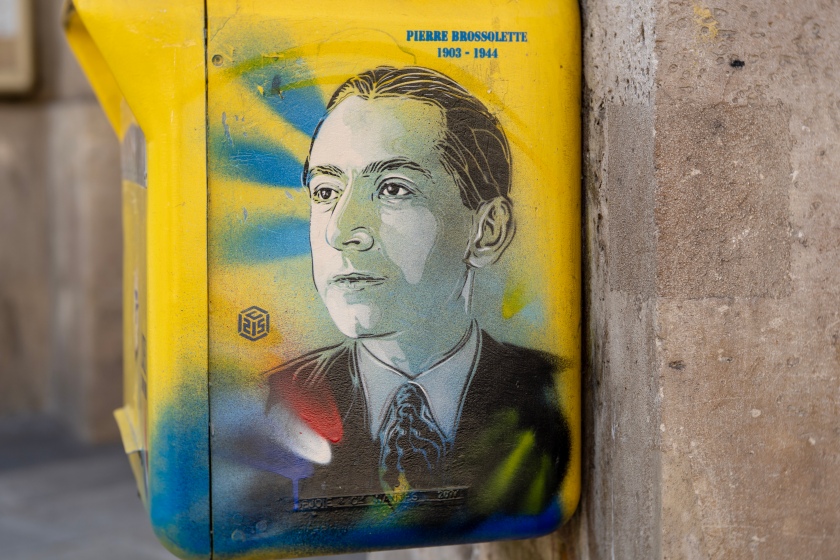 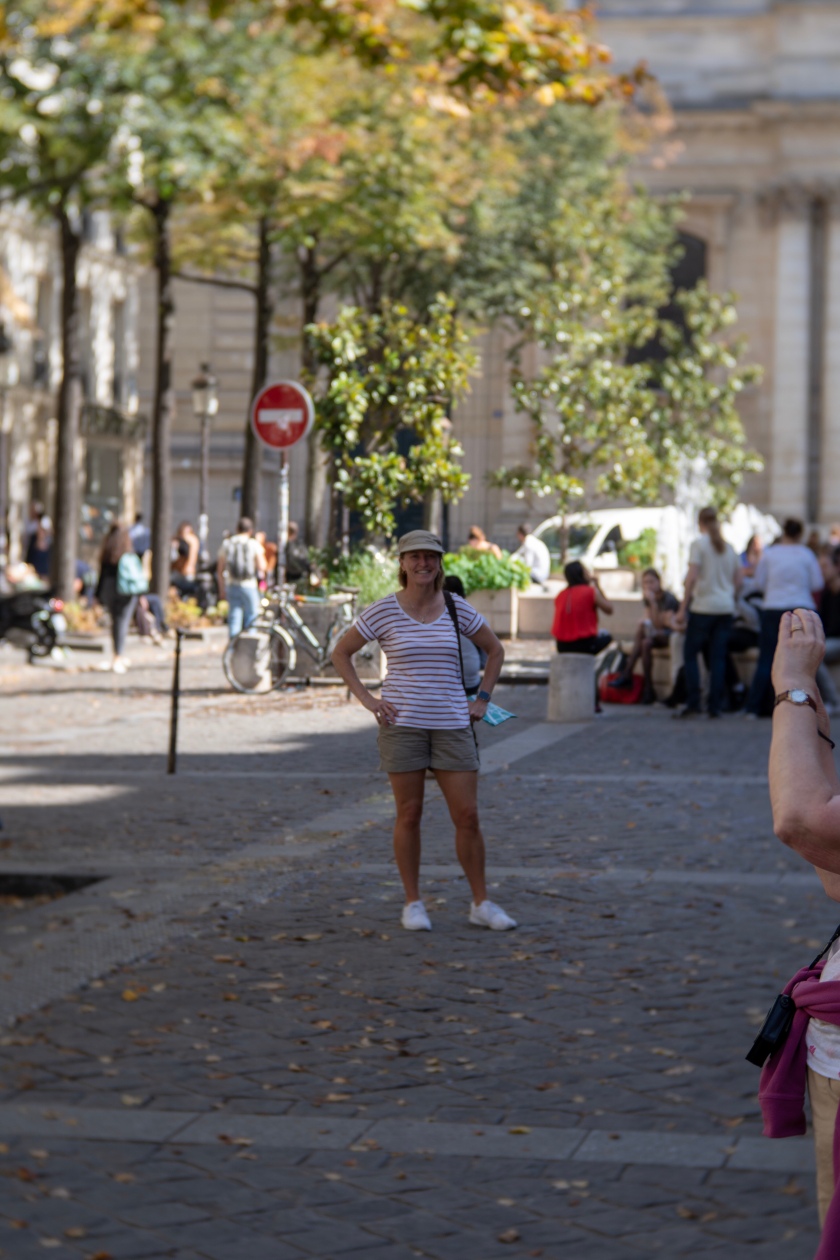 Maybe some hints at the Sorbonne? 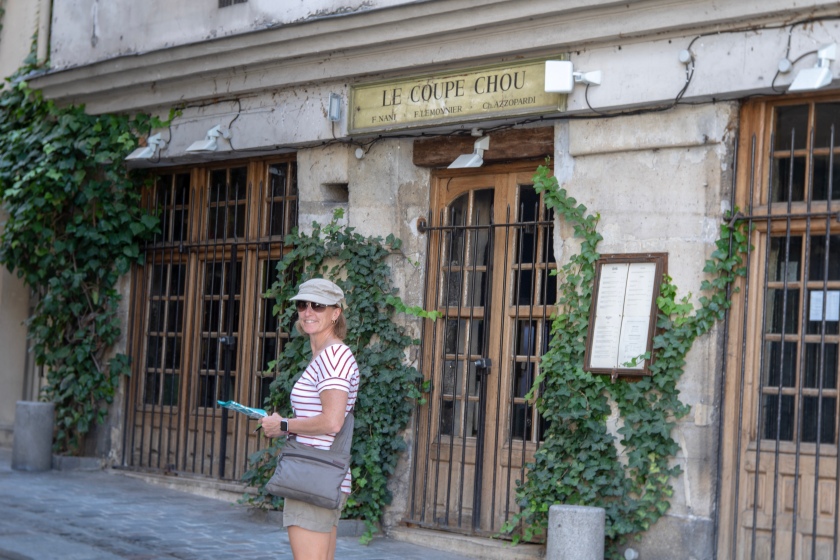 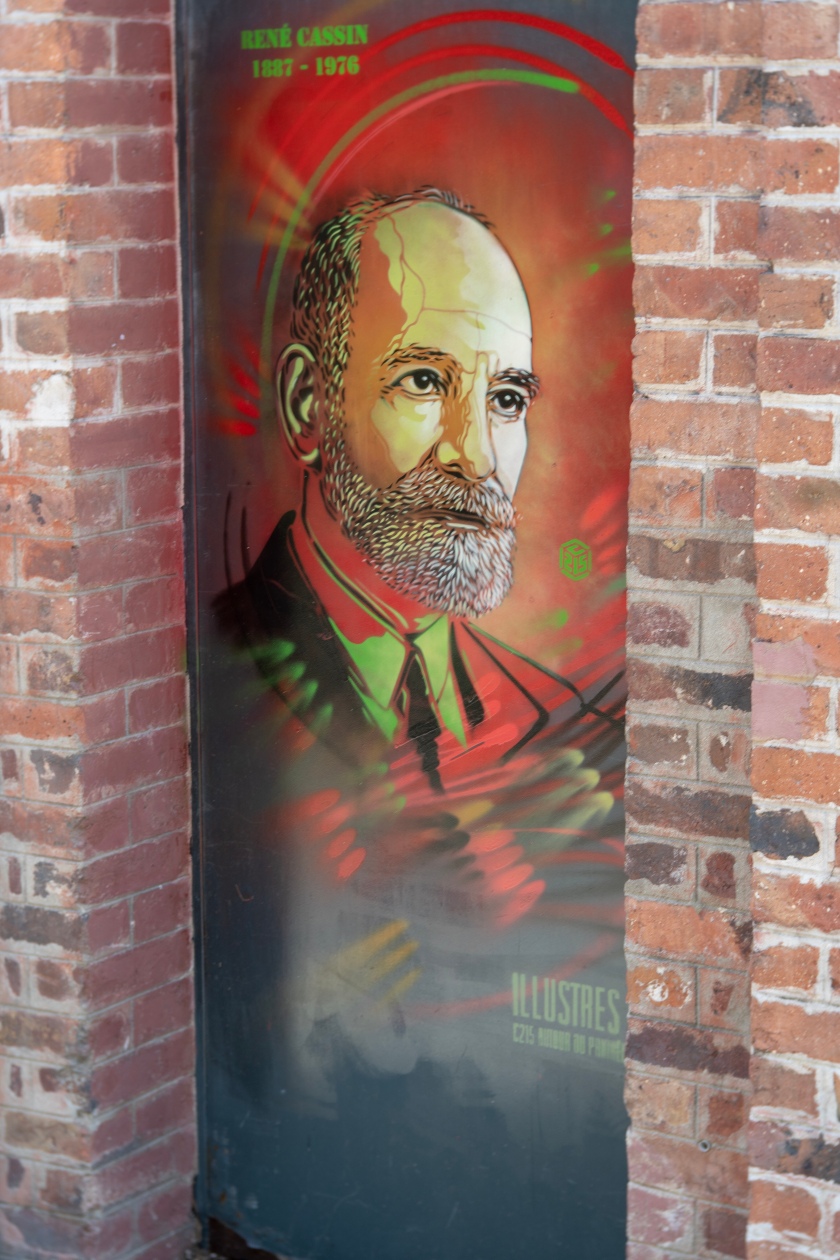 Phew, that will do! Street walking is a great way to get a better feel for an area and we’ve had a lot of fun wandering the streets of the Pantheon and the Sorbonne, the centre of learning in Paris.

Time to walk home, all the while seeing more street art. Before walking up Rue Montorgueil, regarded by some as one of the best streets in Paris. Not sure why? Its nice enough, but we’ve seen plenty better. 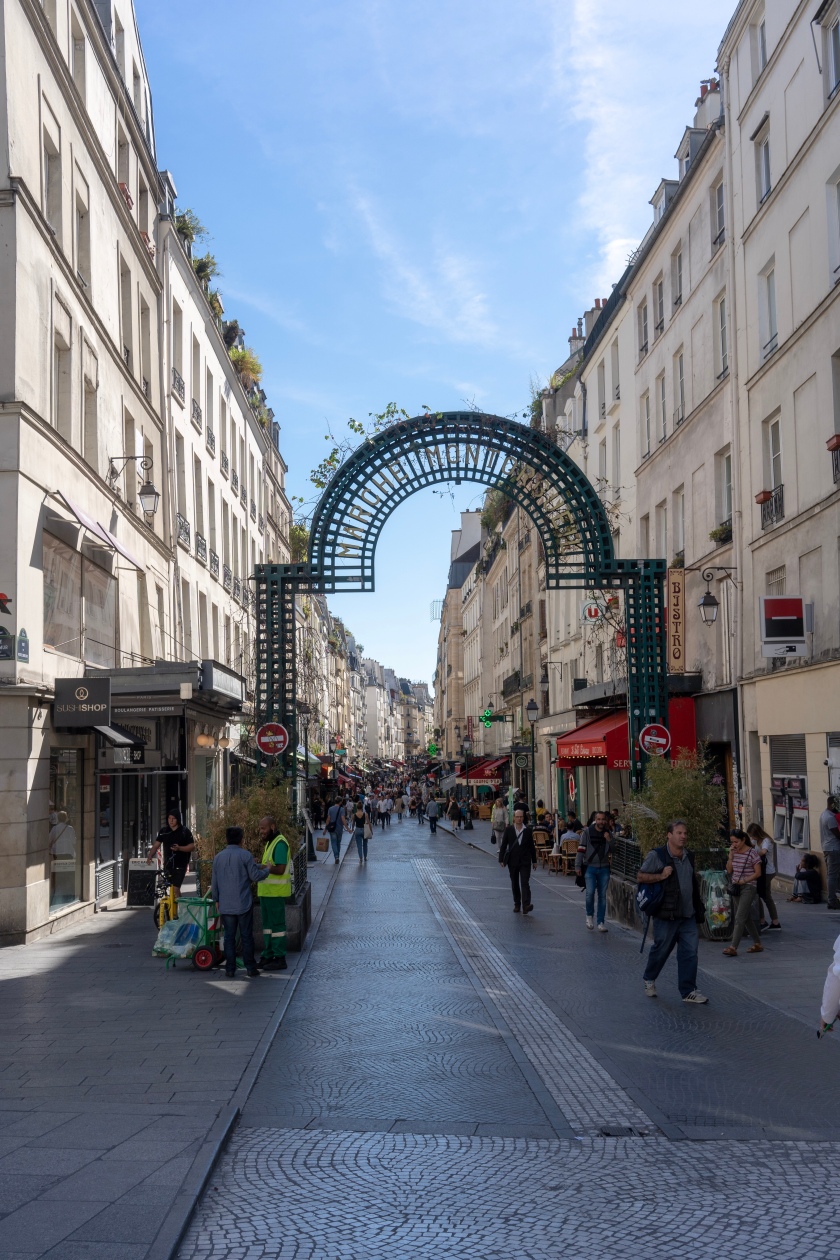 At the end of the street, quite the disturbing image! My childhood heroes, can it be true?

Time for a rose in our apartment, then one last meal with the Thompsons before they head off. We picked a great Italian bistro around the corner with the biggest pizza’s ever! Ah, street eating in Paris, doesn’t get much better than that!