Last night was hilarious, a celebration of the end of our trek, with us shouting our crew a few beers after a successful trip. For days now we have been hearing about Suba’s (one of our porters) prowess on the dance floor, and we finally got to see him in all his glory jiving away, with a few beers under his belt, to the intoxicating Nepalese beats!

The rest of the boys didn’t hold back either, especially after lubrication, hitting the dance floor at the lodge till the bar was shutdown, thankfully at 10 as our bar tab was getting substantially inflated! Great to see everyone in relax mode, especially the porters who have a tough job lugging our gear for 17 days, and deserve all the beer they could down, which was A LOT!!

Credit to them though, they all crawled out of bed at 5.30am to farewell us at the airport, especially Mingma who looked decidedly wobbly! 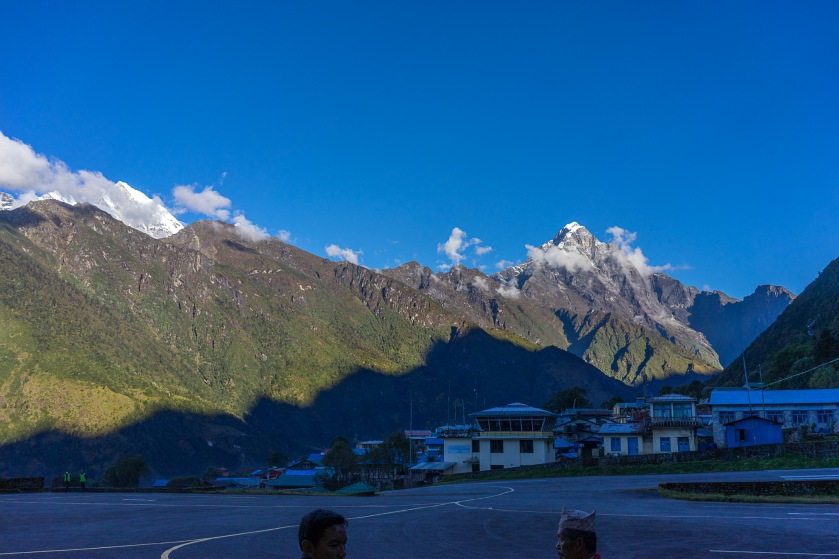 Only Dawa was flying back to Kathmandu with us, the rest live in Lukla and headed home to nurse sore heads, probably with little sympathy from their wives. 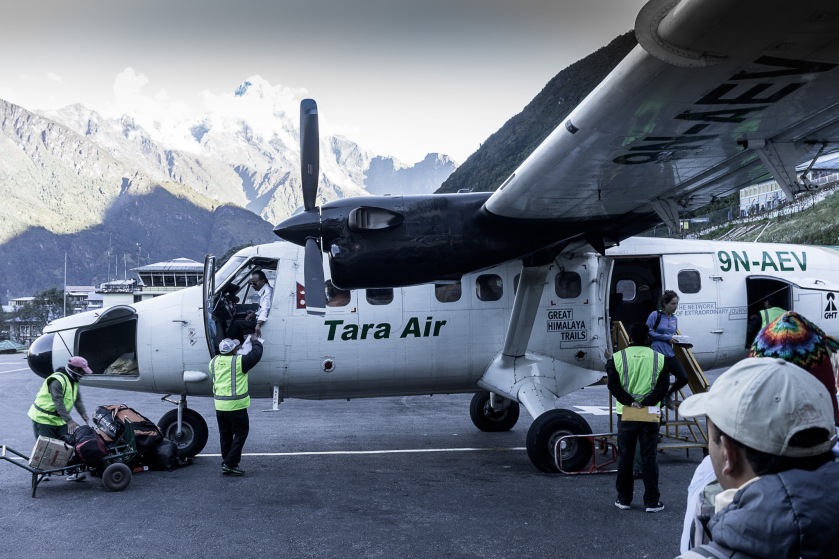 We got back to Kathmandu at about 8, and were greeting back at the hotel by our original trek mates Mike, Rod, Hannah & Steve, who were heading home that night. Only Aussie Steve had already left, which was pity, would have loved to get his tales, but it was great to see the others, as they also had a great trek. 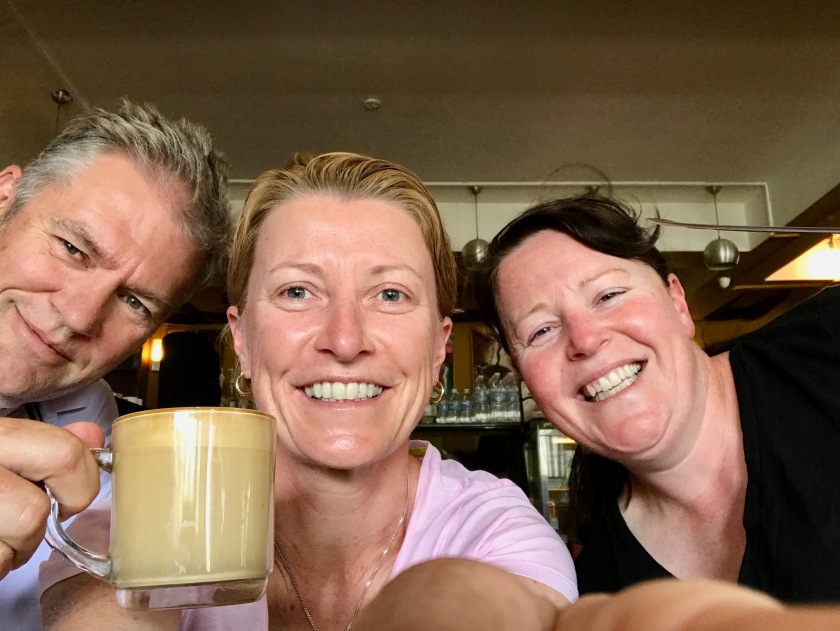 We’d been given a tip about a great coffee spot, so hotfooted it to Himalayan Java Coffee for our first fair dinkum coffee hit in almost three weeks. It was excellent, as was the toasted BLT which hit all the right spots, so much so we dragged our friends along two hours later for lunch and a debrief.

The rest of the day was spent wandering the madness that is Kathmandu, having a beer of three with the Canadians & Brits before they headed off, and having an early dinner at a great restaurant, The Ship, around the corner. A last chance for Dahl Baht, staple of any/all self respecting Sherpa’s…and now us!

Kathmandu is crazy…people, cars, bikes, tourists all scrambling for what little room there is on the roads, a riot of colour, sights and sounds.

Dirt roads are regularly watered to settle the dust…or swept!

Not sure what he is selling?

In need of some construction, please! 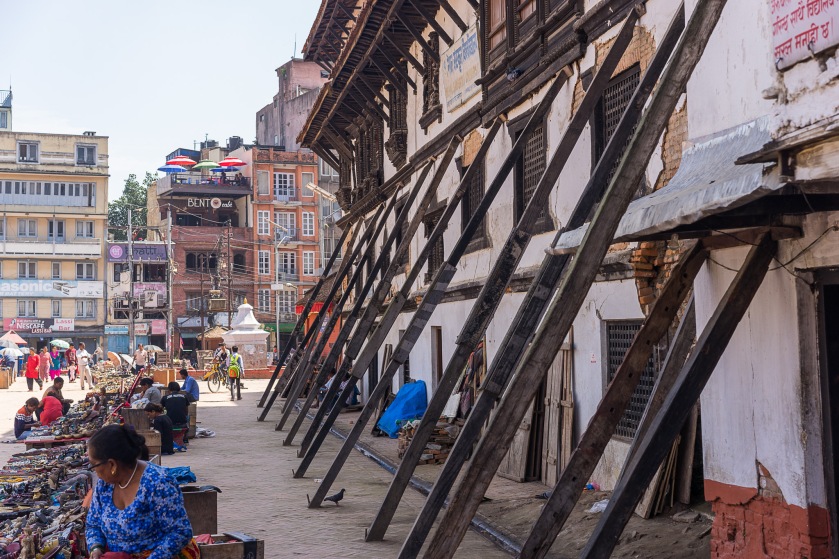 The effects of the 2015 earthquake are evident everywhere, and no more so than at Durbar Square, one of the most religious site in Nepal, and UNESCO world heritage listed. 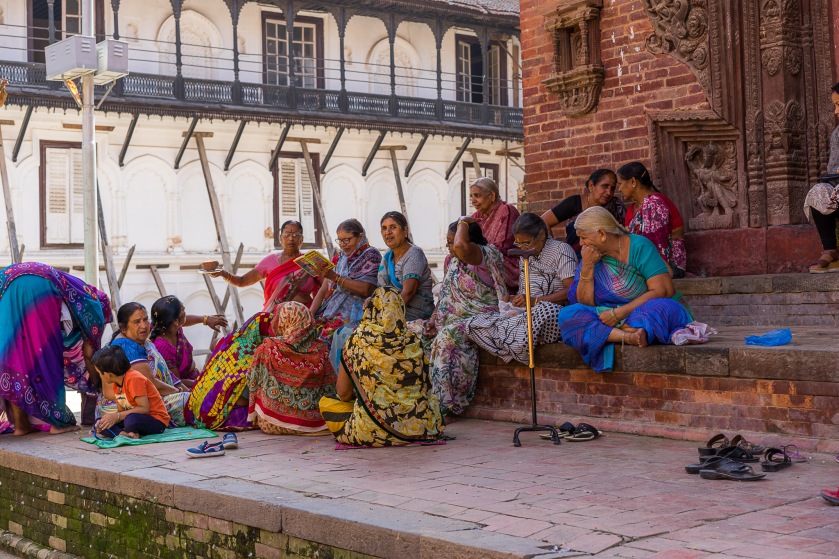 One of the few open spaces, perfect for displaying wares. 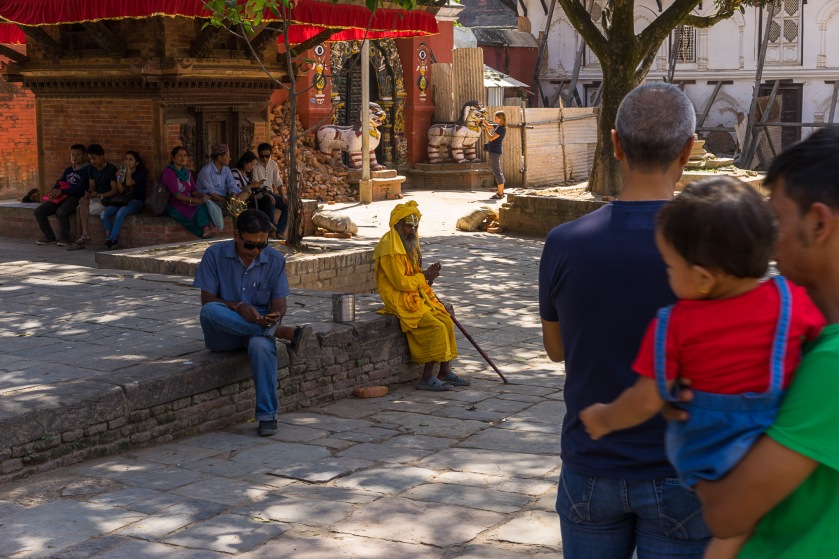 …and a final dinner, back at The Ship restaurant, to finish off a truly memorable, wonderful adventure we will all cherish for a very long time.

They say ‘once is never enough” when talking about visiting Nepal, Rachael has been back now, …so maybe, just maybe they are right, we will all be back, won’t we? The place is intoxicating!