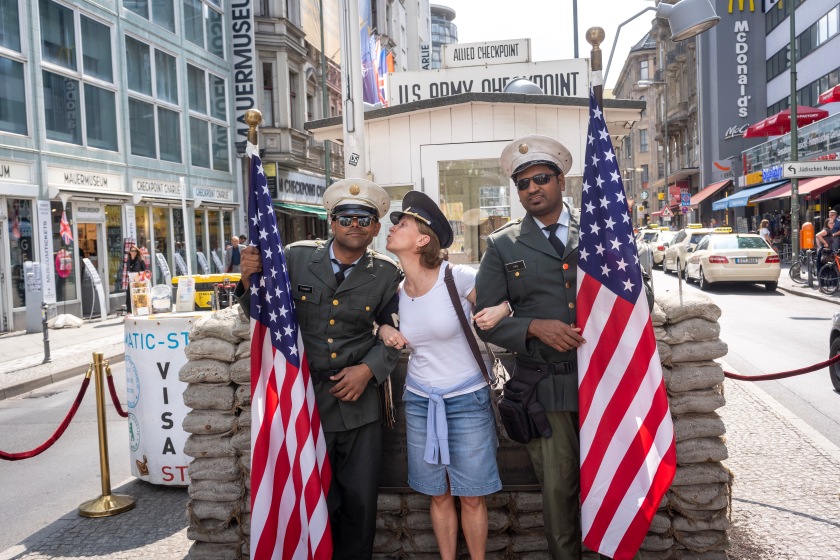 A great sleep in was rewarded with a run! Yeah I know, go figure!

After 6km’s huffing and puffing around the canal next to us we finally quit and had breakfast at a great little cafe in the posh part of Kreuzberg.

We are quickly discovering Berlin has caught the coffee bug.

Today is planned around a bit of culture, mainly on Museum Island, called as such because most of the significant museums in Berlin are on an Island on the river Spree.

Island is probably a bit of a stretch, as you wouldn’t know it as you arrive over a bridge, its just another block in town which happens to have a bit of water around it!

We did the abridged version yesterday, today we attack!! 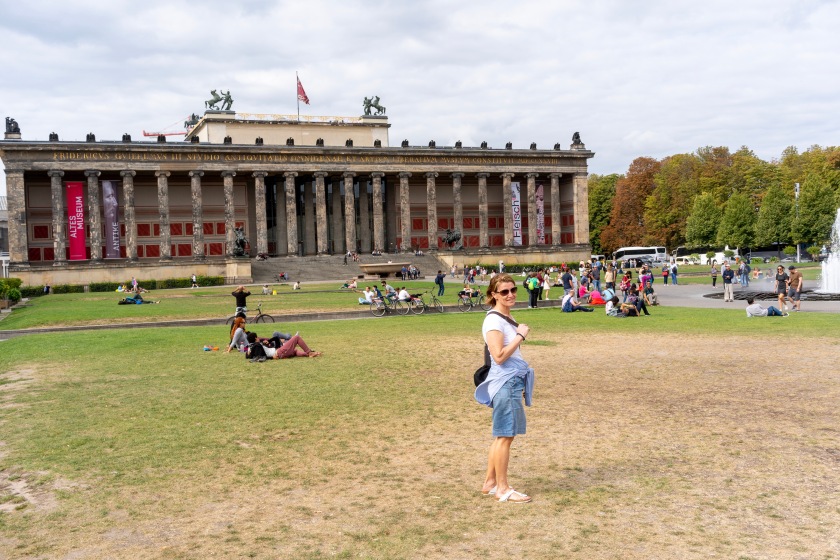 The main museums of interest are the Neues (new) and Pergamon, which both specialise in antiquities.

The queue to the Neue was shorter, so we joined that and shuffled to the ticket booth, bought a museum island pass, and walked straight into the museum. 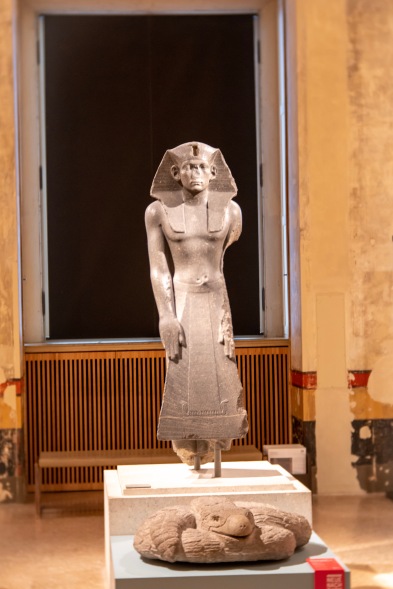 The Neue is world famous for its collection of stolen, umm I mean, collected Egyptian antiquities, the most famous of which is the bust of Nefertiti, regarded as one of the most beautiful women of all time.

Not a patch on the missus, but not bad!!

Actually, the whole thing was pretty bloody good, and the Nefertiti bust was certainly a highlight. 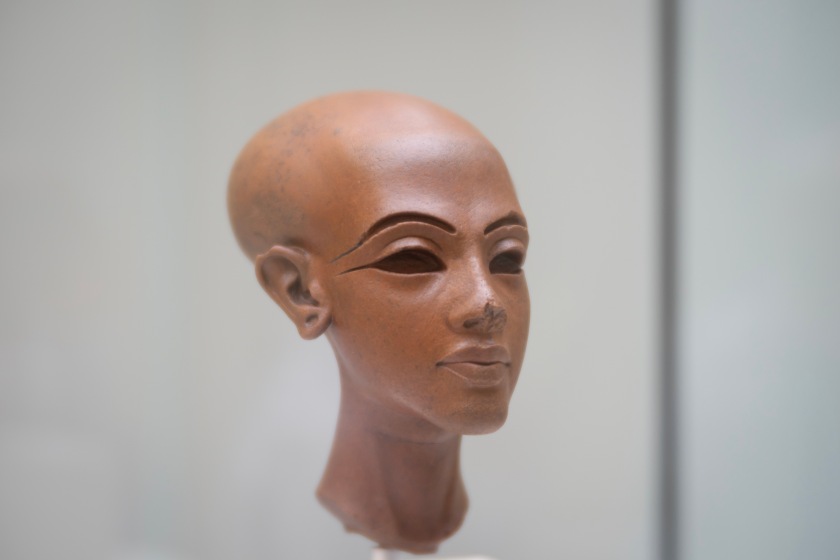 Another highlight was the zealous protection of the ‘no photo’ rule the staff put in to preserving sales of Nefertiti memorabilia in the gift shop. Sneaky staff everywhere preventing wily would be Nefertiti photographers from obtaining the, seemingly, impossible paparazzi shot! 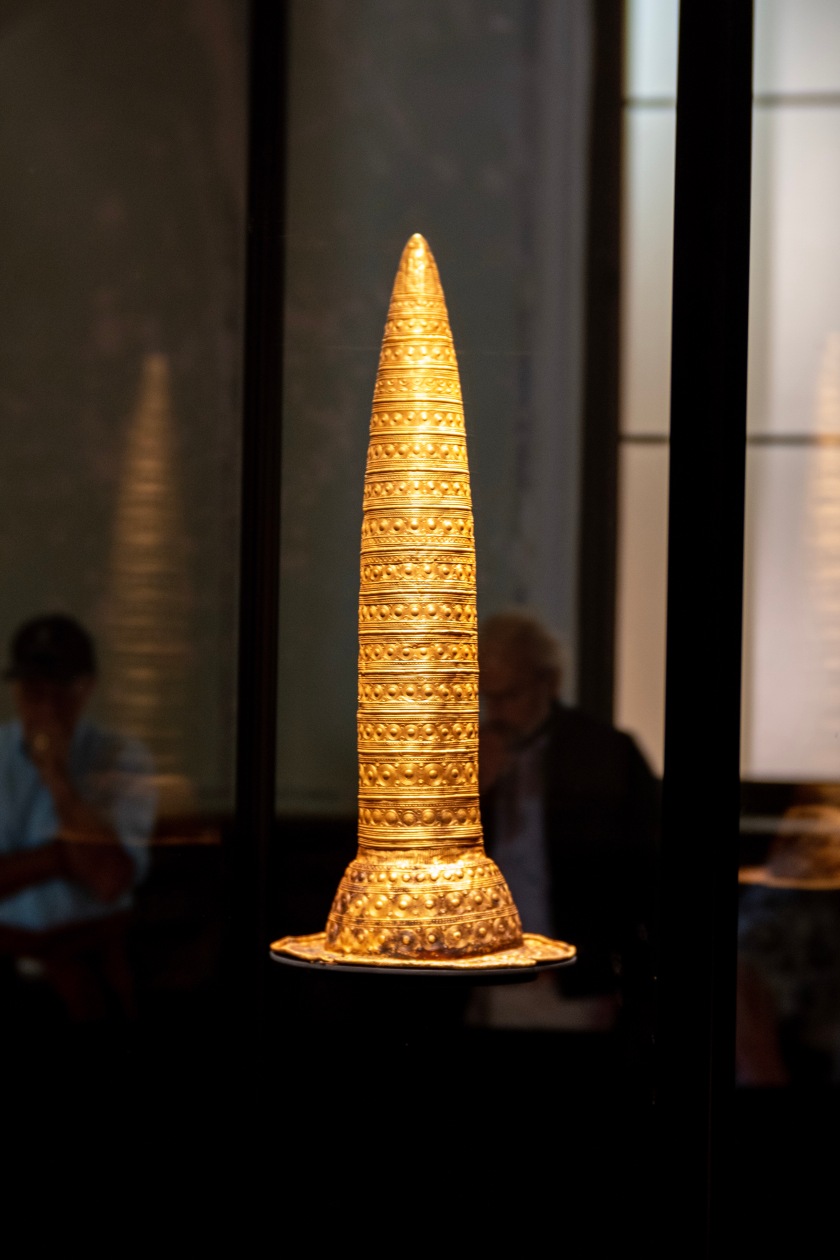 After a good Egyptian hour we burst into the sunlight to find the queue to the Pergamon Museum about 2 hours long….forget it, off to get some snaps at checkpoint Charlie, plus a visit to the museum which is meant to be pretty good.

Of course, we walked to see Charlie again and along the way passed by a curious souvenir shop selling of all things, memorabilia to a traffic light symbol.

People, meet Ampelmann the soviet working green/red traffic man! This little guy was the Easts symbol of the man heading off to work, with his flat hat sitting at a jaunty angle. When Germany reunified he was slowly replaced as he symbolised the bad old days of communism, but the people revolted, they wanted Ampelmann back.

and so it was…capitalism at its best, reinstates old soviet logo, and turns him into a tourist attraction!

You can actually buy traffic lights, including pole, if you like. Excess baggage costs might be a killer though 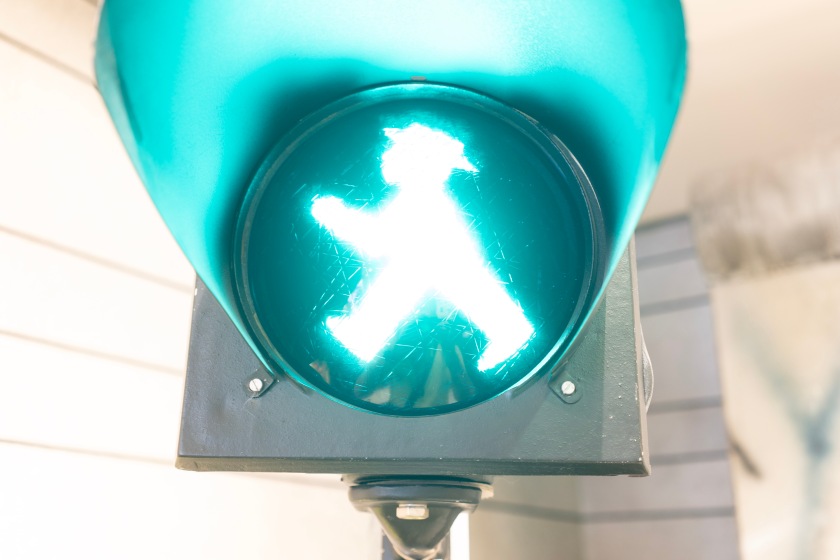 Digression over, we get to Checkpoint Charlie, Rachael hams it up with the fake soldiers and we head to lunch then the museum.

Actually, the museum was interesting, if crowded to the point of overkill with information about segregation, the wall and attempts to escape. Plus a very thorough history lesson.

Phew…back to museum island to check the queue at The Pergamon, which no longer exists (yeah, a win for us) and head straight in. 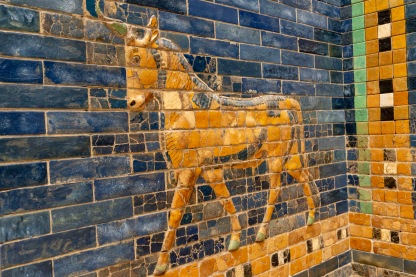 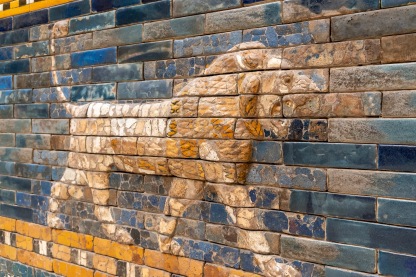 Pretty impressive collection of middle eastern artifacts, none more so than the Ishtar Gate of Babylon which smacks you between the eyes as soon as you enter.

Finished up there, contemplated the choice between another museum or beer and chips back home, and… 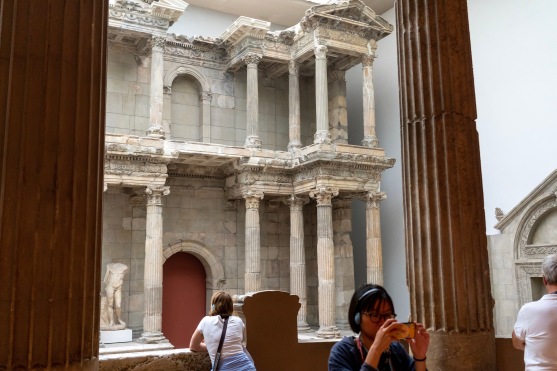 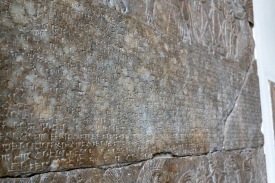 The beer was delicious!!

Takeaway pizza for tea, and bed early as we have covered over 22km’s on foot today, and we are stuffed.

Oh, one last thing. I think I’ve found my next set of wheels. This little beauty was built in 1960 (perfect, my birth year), has done limited kilometres (600!), and would look great parked outside a cafe in Mount Martha!?