After a 12 hour sleep, I reckon we might actually be back on track, and what better way to kick start the day than with coffee? 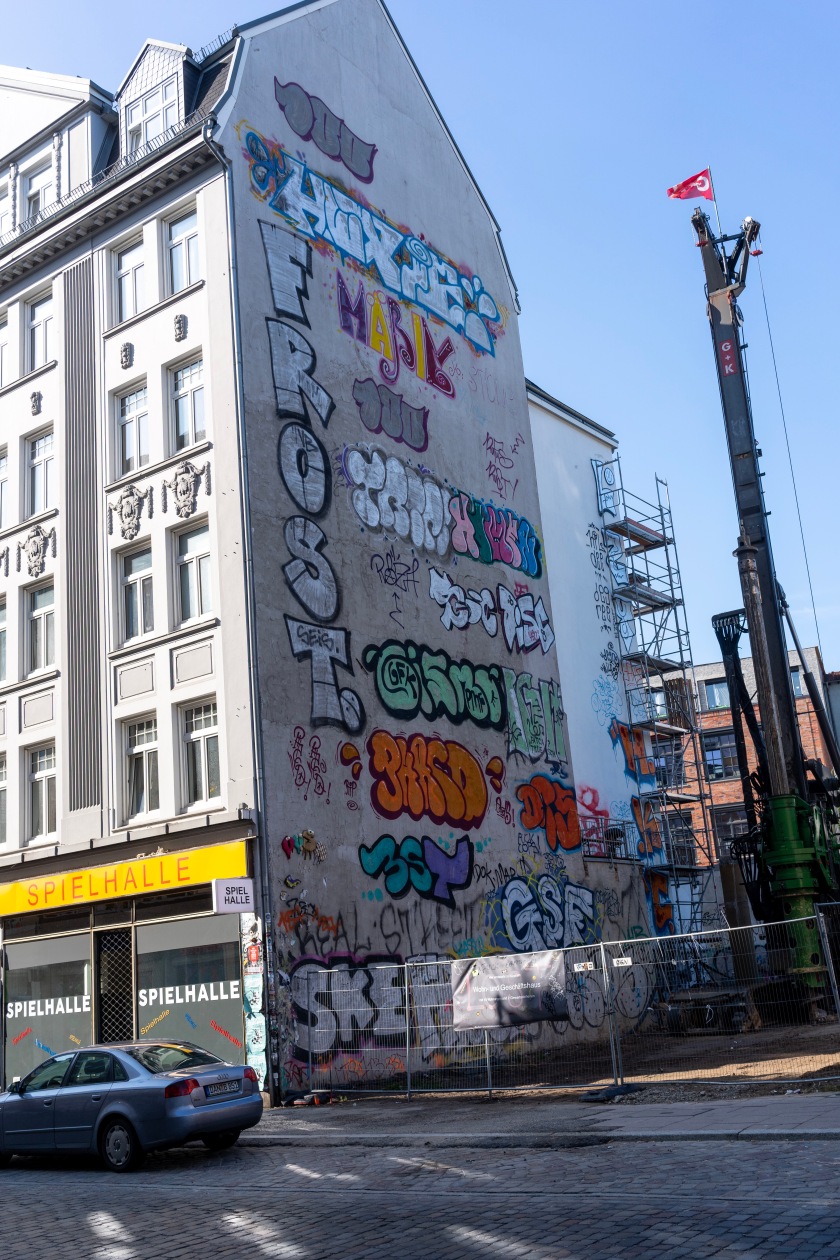 We wandered around Hamburg looking for something open, checking out the graffiti as we went, which is plentiful, until we found a small cafe which ticked the boxes. 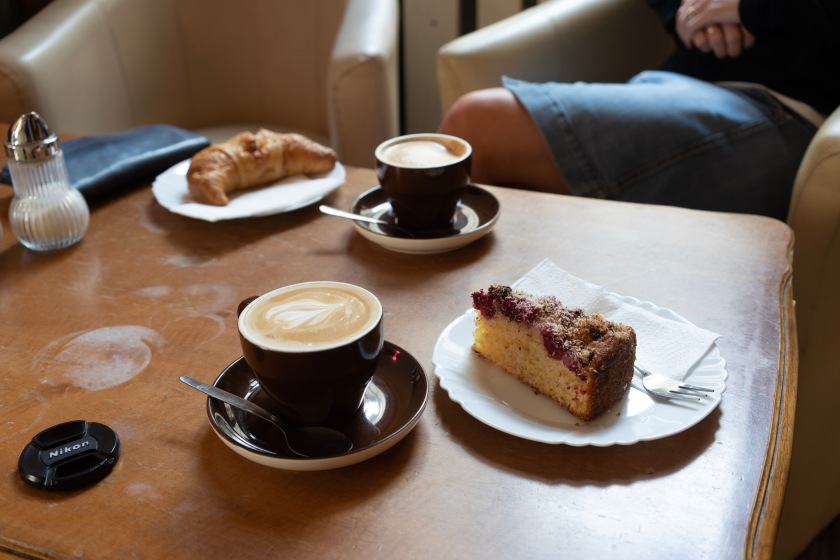 Then back to our hotel to grab our bags for the train trip to Berlin.

I mentioned earlier the hotels history as a water tower, and the interiors are impressive solid blocks of stone and brick, which were the foundations for the tower, and make a vivid first impression, and in our case a last one as we bid goodbye. 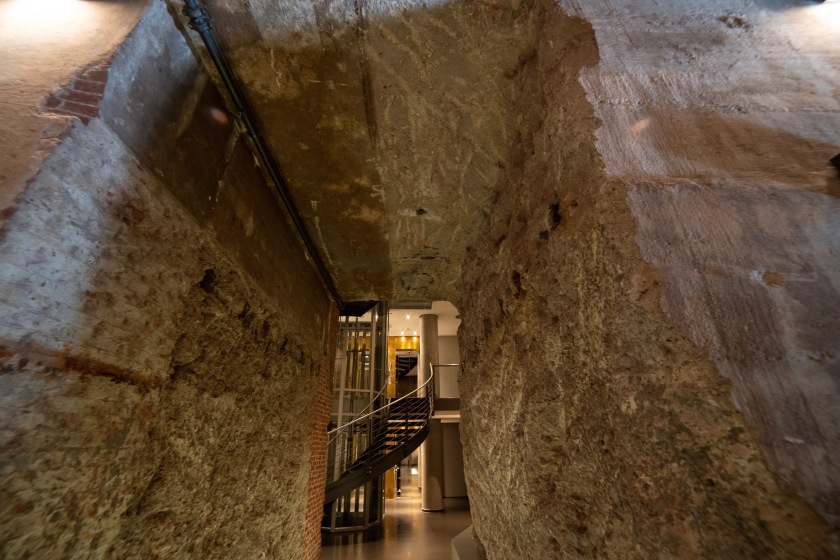 We got to Hamburg Hbf early, and fortified ourselves with another coffee as we waited for our 12.50 train 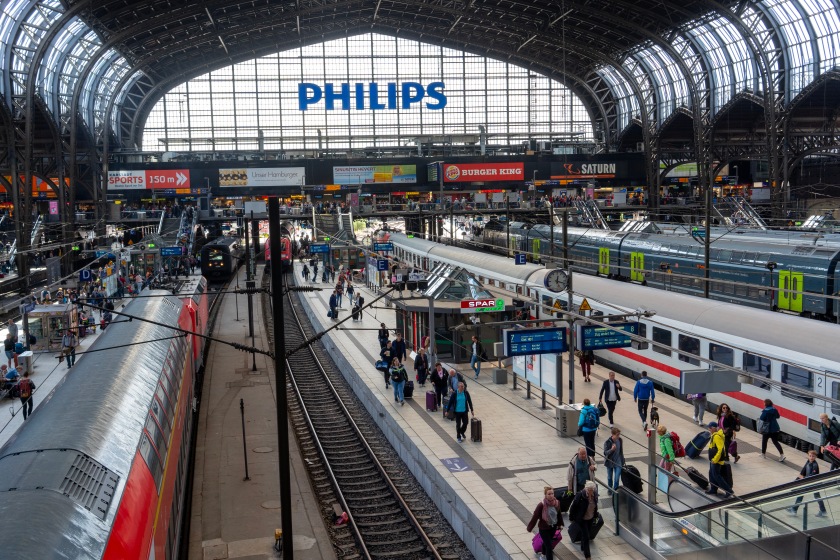 The train trip to Berlin was an uneventful two hours passing through flat lands made over mainly to crops and low pine plantations, interspersed with wind farms.

A taxi from Berlin Hbf to our digs in Kreuzberg, and we were settled in by 3pm.

Kreuzberg is a multi ethnic area, with a strong Turkish influence, which has become gentrified over the last number of years, slowly driven out the battlers who can no longer afford the area, but it still maintains strong elements of its near past.

It also is awash with graffiti! 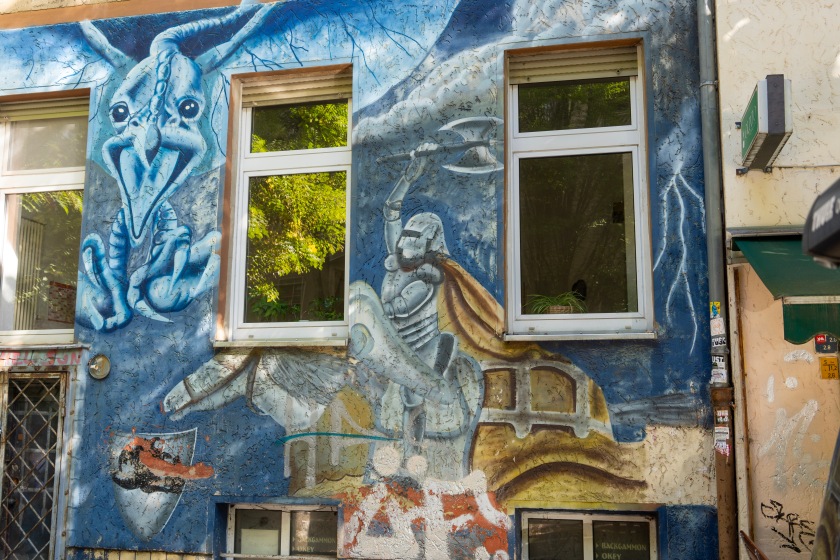 The place is chockers with bars and cafes, so no issues from our end!

We went for a stroll and were shocked by the number of people drinking coffee at 4pm; what the hell? We are in Germany aren’t we? 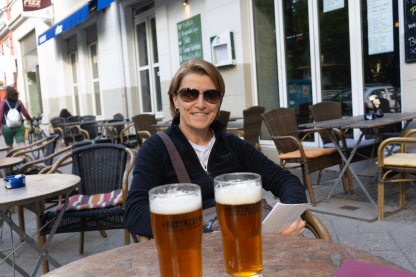 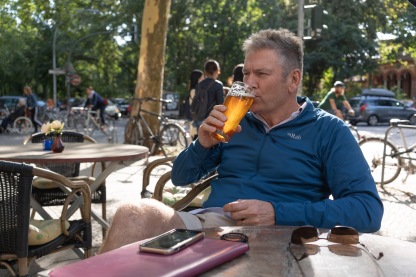 We proceeded to attempt to sway the masses by plonking down at a bar for a much needed (?) beer, and bowl of chips. 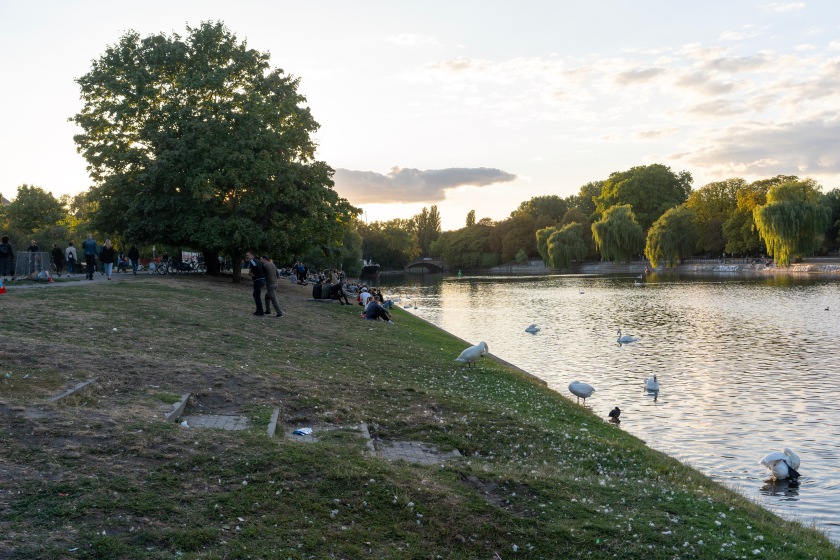 Dinner was more of the same at a burger type joint, washed down with more beer, and finally a wine or two.

Another early night, as tomorrow we are off on a five hour bike tour.