We are sitting in the dining room of our lodge in Gorakshep, knackered after a long, fruitful, and ultimately very successful day, culminating in finally getting to Everest Base Camp. 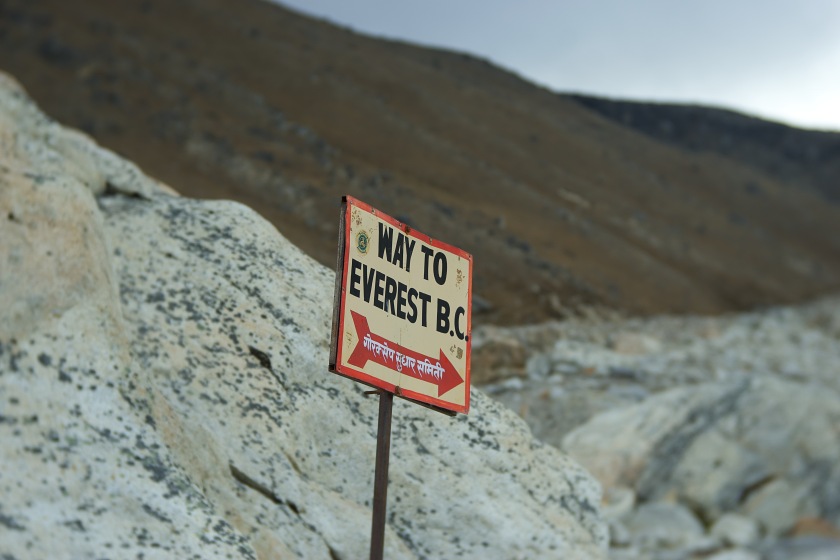 We started early leaving Lobuche at 7, to be instantly stuck in peak hour EBC traffic!
One of the beauties of taking the Gokyo/Cho La Pass route is the lack of traffic on the trek, as only about 10-15% of trekkers tackle this journey, mainly due to the perceived fear of the Cho La pass, and the extra five days required. The rest take the road more travelled, and today we get to see firsthand how travelled that road is…A LOT!

The walk to Gorakshep was bumper to bumper, making what would have been a pleasant walk quite the culture shock.
The scenery was as magnificent as always which certainly made up for crowds, though.
We got into Gorakshep at about 10, dumped our packs and ordered a very early lunch of Sherpa stew, soup & macaroni.

By 11 we were back at it for the walk to base camp, which took about 2 1/2 hours, mainly due to the crowds on the path, most who refused to give way, barging past without the slightest nod of thanks.
We’re looking at you Chinese & German people!

Thank God a school group of Kiwis passed, restoring our faith with choruses of thanks.
It was a fairly challenging walk up and over rocks, along a thin crevasse, before descending and crossing the glacier to get to the pile of rock and ice called base camp.

There’s actually nothing at base camp except a lot of over excited Indians, hogging the main rock pile for photo opportunity after photo opportunity, giving the Chinese a run for their money on the posing stakes, and group after group having pictures taken to mark the high point of a long walk…us included.

It is called the EBC trek after all, so getting there has been the focus and reaching this point is the obvious highlight. 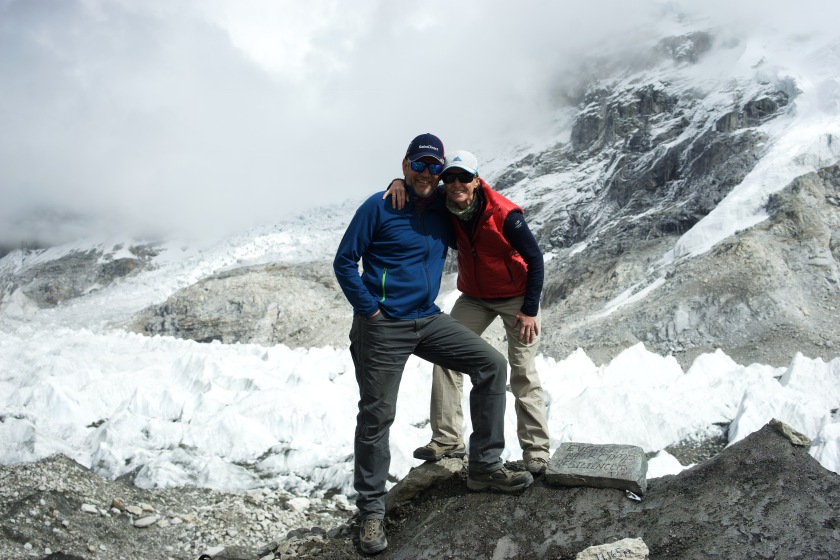 Each year in February Sherpas go to base camp to cut out camp sites from the uneven rock and ice, as the camp sits on a moving glacier, changing from week to week. The climbing season only goes for a few months, the rest of the year it returns to its natural state…i.e a pile of rocks and rubble.

We were very excited to have finally reached our destination, the natural culmination of our trek. All there is to do now is climb Kala Pattar (5550mt) tomorrow morning, then start the long descent back to Lukla which will take four days.