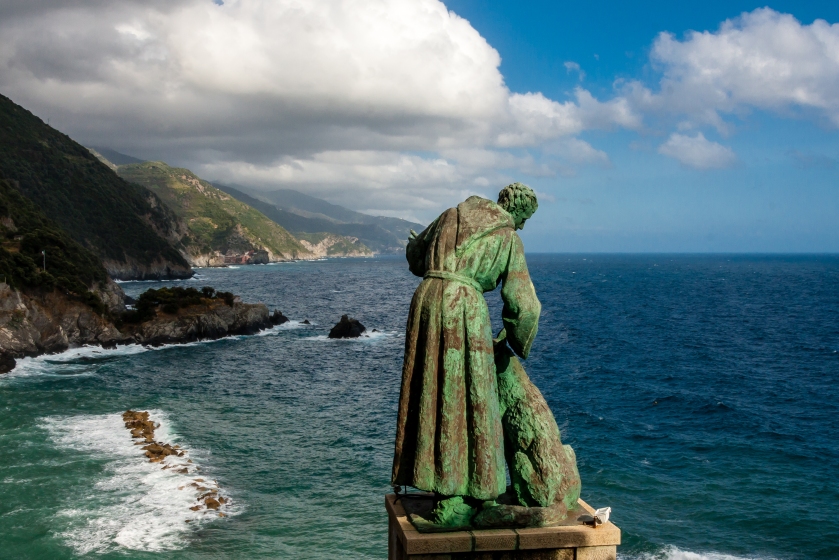 Two years ago as part of a nine week trip we spent five days with friends in the Cinque Terre, one of the most spectacular slices of paradise in Italy you are ever likely to see.

“The Five Lands” comprises five villages: Monterosso al Mare, Vernazza, Corniglia, Manarola, and Riomaggiore. The coastline, the five villages, and the surrounding hillsides are all part of the Cinque Terre National Park and is a UNESCO World Heritage Site.

At the time I took plenty of photos, but never did them justice in the editing suite until now, courtesy of migrating over to Lightroom and its amazing bunch of sliders that transform the images from dull to vibrant.

So, here’s a revisit.

We stayed in the old town section of Monterosso al Mare which was a great place to base yourself, being the largest village with plenty of good accommodation and plenty of choices for both food and drink.

It also had the only beach which was much sort after, all the prime positions having been reserved weeks in advance! 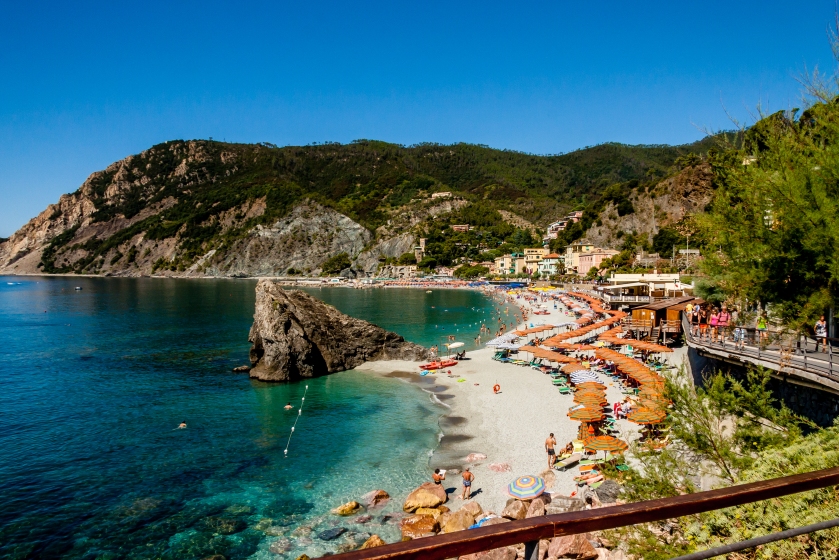 We became quite partial to a fabulous wine bar, Enoteca da Eliseo, which served up delicious spritz. 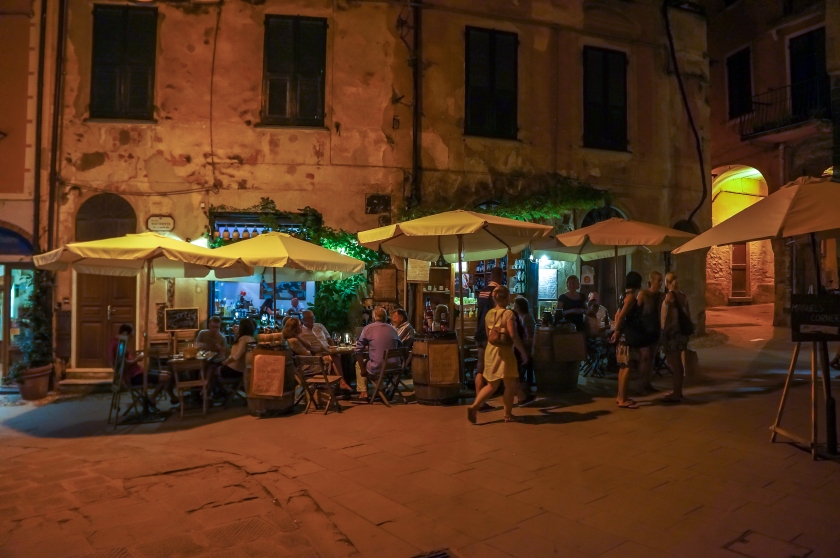 And if you prefer wine the crazy hills are alive with vines. 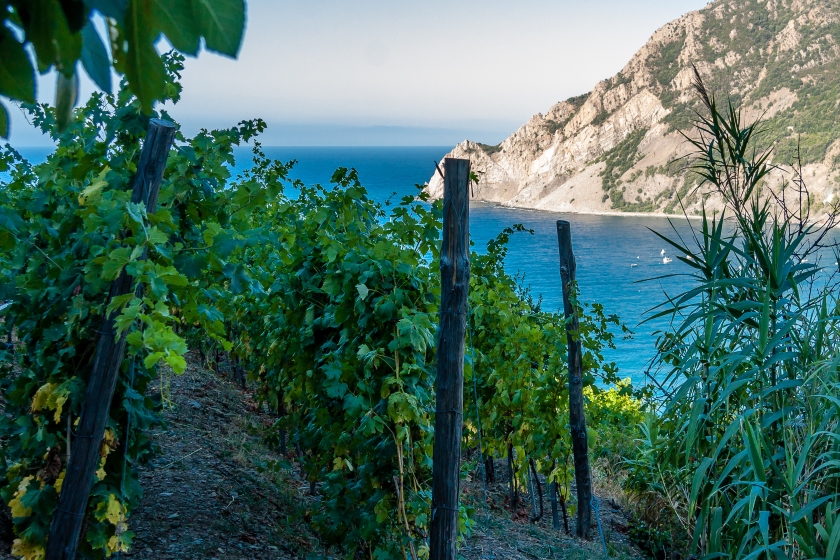 Speaking of hills, one of the highlights of the Cinque Terra is to walk the track between the five villages, which is quite challenging, with steep climbs and descents, and spectacular vista’s around every corner.

Unfortunately, due to landslips, only the first two sections were open when we were there; the rest traveled to by train. The first village along the track is Vernazza. 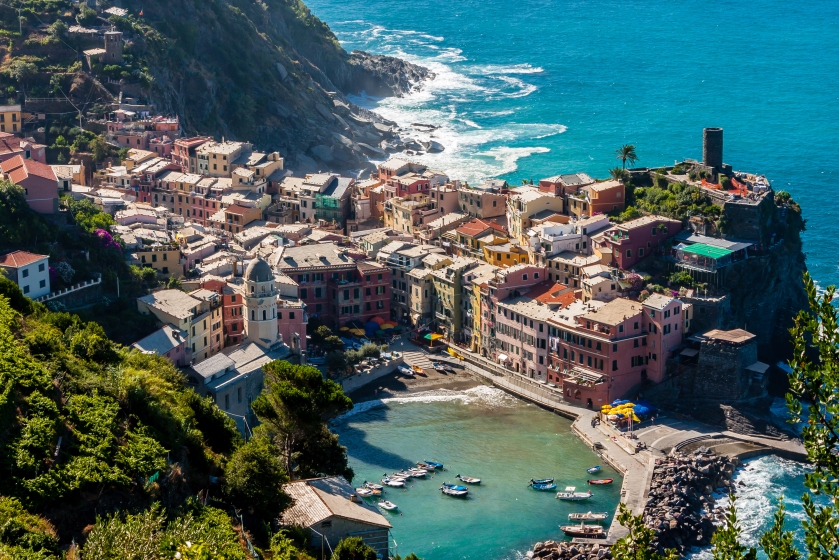 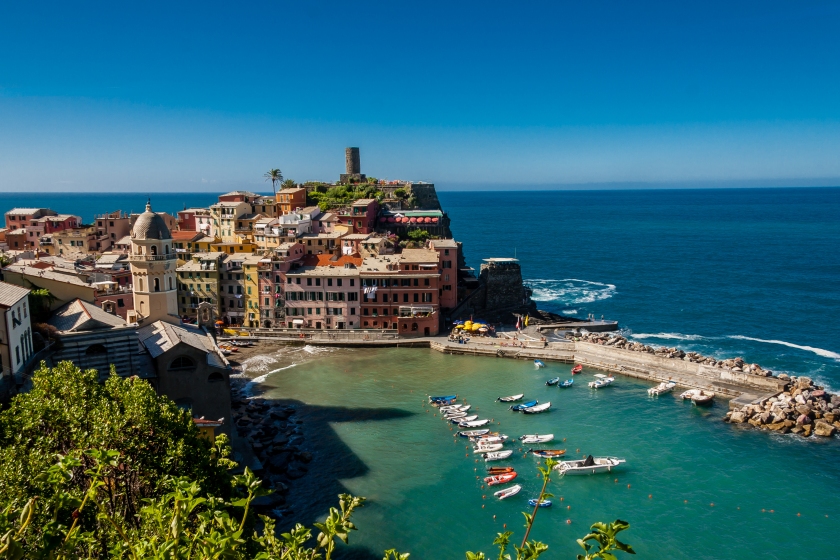 The largest harbour of the five villages, a long winding laneway back up the hill filled with bars, restaurants, boutiques, hotels…

The view back to Monterosso in the distance.

The only village not on the water is Corniglia, which of course meant the walk to it was UP!

From here we trained it to Manarola, in my opinion the prettiest of the villages, then on the last village, Riomaggiore. 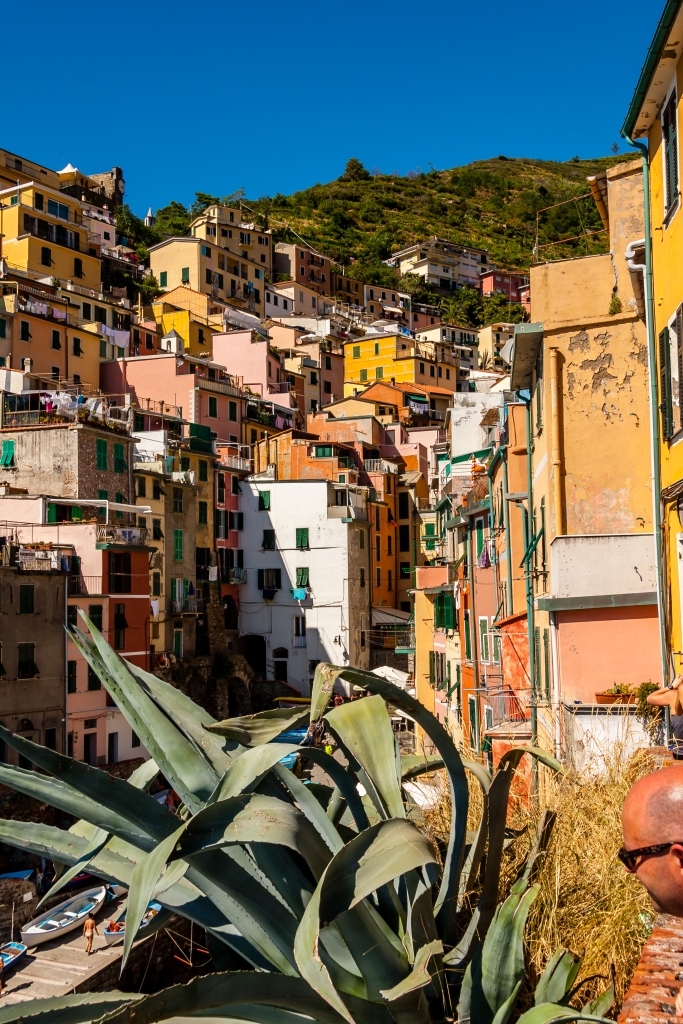 Part of the charm of the Cinque Terra is the lack of cars, and no visible signs of corporate development. Transport by and large is by train, boat or foot. There are no designer hotels or fancy multinational boutiques, unlike almost every other tourist destination in Italy.

Small boutiques, family restaurants, and small pension style hotels are the norm, not the exception. For once the tourist dollar has taken a backseat….ok, maybe the middle row…and everything seems a little unhurried. Very unlike Italy and tourism.

Time may not have exactly stopped here, but at least its slowed down, making it a perfect ‘pitstop’ from the hectic nature that came consume everyone’s best laid travel plans.

So….naturally after such a long day we all need a bit of retail therapy, gotta help out the local economy. 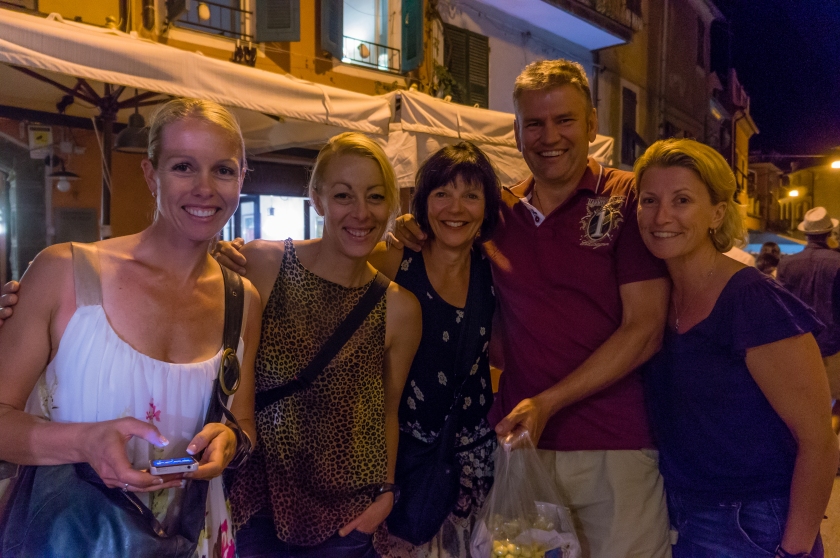 Then maybe a drink? 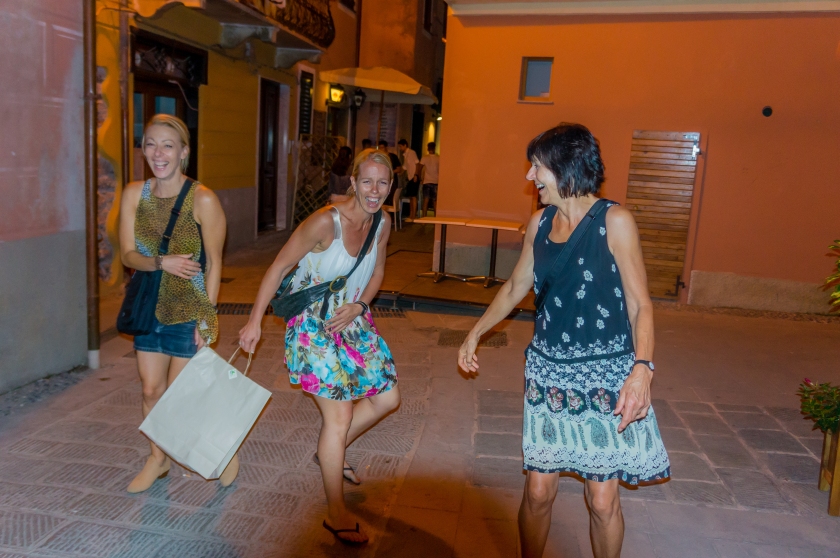 but be careful, shenanigans can have implications…

But then again, the cure for almost anything is…

And what better place to sit back and relax with a spritz than this most enchanting slice of paradise.

We WILL be back!!