It’s time to move on from Bordeaux, which has been excellent and would have benefitted from an extra day or two….so little time, so much to see! We’re off to the Loire Valley for the next few days, with our first night in the 11th century L’Abbeye Fontevraud, but before that a slight detour, of about 120kms, to a tiny village in the middle of nowhere.

Sometimes you see or hear of a place and just have to see it, and this place we are off to meets the criteria, and luckily we are within the vicinity.  We saw a small feature on this small village on the weekend news a few months ago, had a friend also mention it when she heard where we were going, and the intrigue got the better of us.

The village of Oradour-Sur-Glade is described on the signs as the ‘martyred village’ and is the result of a morning of murderous bastardry inflicted upon this little town in June 1944.  On June 10th, 1944, those nasty bunch of fuckers (*), the SS marched into town, rounded up the village, herding the women and children into the church whilst marshalling the men into the town square….and murdered the lot! 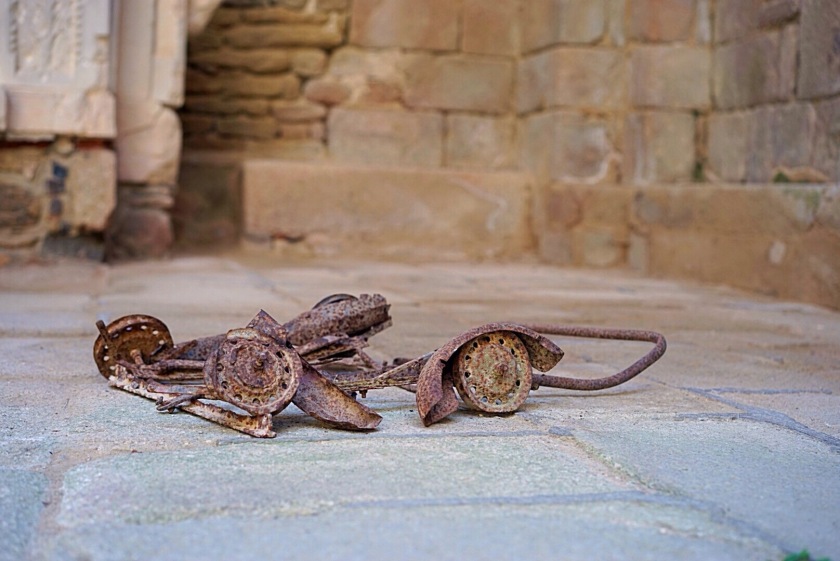 The church was filled with grenades and machine gun fire, and the square sang with the sound of bullets.  Minutes later over 630 were dead, and all because the SS thought the French resistance in the town was responsible for activity leading up to, and following, the D-day landings.

After the war it was decided to leave the village as is, as a permanent reminder of the horrors of war, and as a tribute to those that lost there lives on that terrifying day. It’s quite an eerie place to visit, all very hushed and respectful, a small education centre set before it to try to make sense of it all, and street after street of solitude and decay. Tumbling down buildings, rusting cars left where they stood on the day, sewing machines in position for thread that never got needled.

Tram lines leading to nowhere,  A child’s pram. The church…..

Very somber reminder of the mindless brutality, and lack of humanity that pervades during war….or just of how evil, and brainwashed by illogical ideology the SS were. Maybe not one for the highlight reel, but a sobering reality for times past, and hopefully not a glimpse into the future!

Time to lighten up, and what better way than to let Rachael loose on French roads…her first drive of the holiday!

Cue Rachael….. It’s amazing how your sense of spatial awareness quickly leaves you when your driving on the wrong side of the road. The lanes are the same width, generally, the car is the same size, generally, and I have been driving for over 25 years, so why is it so bloody difficult to stay out of the gutter???

I quickly got the hang of the gear stick being on the right hand side and managed to navigate my way through and around many trucks which seemed to favour the road we were driving today. Despite cuddling one gutter a little too closely we arrived at the L’Abbeye Fontevraud in one piece with Hugh’s fingernails slightly closer to his cuticles.

The Abbey was built in the 11th century, was the burial place of the last of the Plantagenet clan, of English Royal family fame, including Richard the Lionheart famous for many a B-grade medieval movie classic! 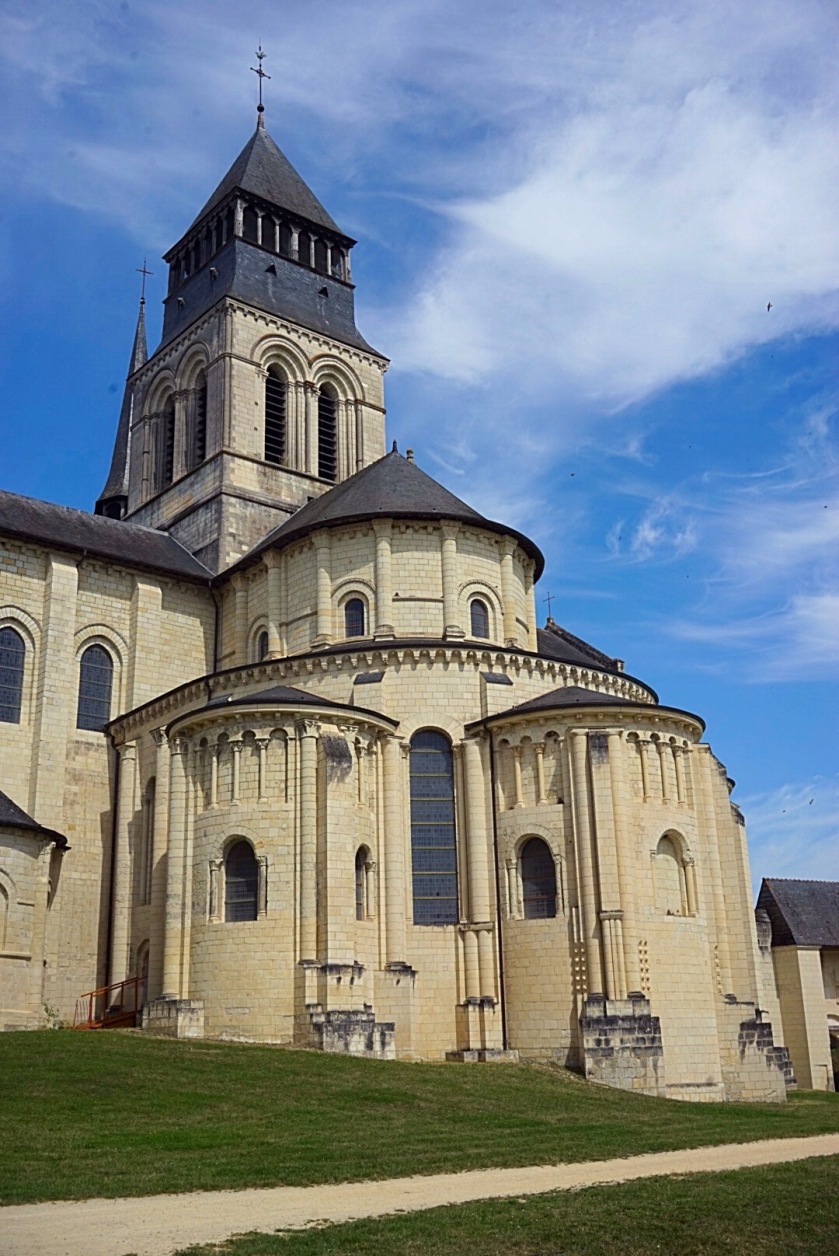 It’s a magical place, the stuff of dreams and ours for the night!   We have been looking forward to this night since Hugh booked it many months ago. To stay somewhere of the equivalent in Melbourne would cost twice as much as would the dinner that accompanied our stay.

With too many options on the menu to choose from we opted for the Degustation menu with matching wines. Suffice to say we had the most amazing food and wine to match and the accommodation lived up to our expectations.

We had the Abbey at our disposal for 24 hours and took advantage of wandering around after dinner to capture the Abbey in its wonderment at night.

A few hundred photos of Richard the Lionheart (*2) later and me asleep on the bench, Hugh had finally given the nod for us to retire.

If you ever pass through the Loire Valley do yourself a favour and stay over at the L’Abbeye Fontevraud, it is an experience Hugh and I will never forget and worth every cent we paid for it.

(*2) sorry Dick, Rachael has no respect!